What Not To Eat: Processed Foods Edition
We review convenience meals on the Dr. Gourmet web site. While I am not a fan of them, I do realize that folks are busy and challenged for time, so we try to look for the better choices to help you out. Most of the ones that we choose to put to the tasting panel come out of the freezer case, and there's a reason for that. When I look for foods on the aisles of the grocery store, what I find is so terrible that I can't even consider putting anyone through having to taste it. (Remember our motto: "We eat it so you don't have to.™")

Assessing the Salt Content of Processed Foods
About a month ago I had to update our page on Low Sodium Diets. Turns out the estimates of how much salt people in the United States were consuming, on average, had gone up: to over 10 GRAMS of salt per day for men and 7.4 grams per day for women. If everyone reduced their salt intake to the recommended maximum of 2.4 grams per day, we could avoid as many as 92,000 deaths every year.

Age faster with processed meats
I've written in numerous Health & Nutrition Bites about telomeres, the DNA sequences that are considered markers of cellular aging (read a broader explanation of their function). In these Bites we've seen research that indicates that a Western diet is associated with premature cellular aging (as measured by telomere length), while those following a more Mediterranean-style diet overall seem to have longer telomeres. 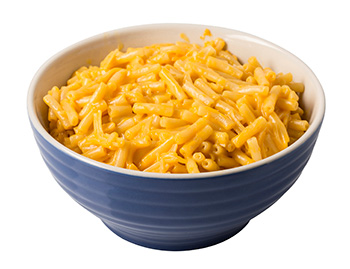 My goal, whether through my own practice as a physician (yes, I see patients almost daily), through Dr. Gourmet, or through my work at the Goldring Center for Culinary Medicine, is to get people back in the kitchen and cooking for themselves and their families. At the most basic level, we know that cooking your own food is better for you because you have more control over what goes into the food you cook as well as the portion size you serve.

Processed foods are a big part of many of my patients' diets: by some estimates, "ultra-processed foods" can contribute up to half of people's total calories, based on surveys done in the United States, Europe, Canada, Australia, and New Zealand). The perception, for those who regularly consume these highly-processed foods, is that they're easy to make ("Just add ground beef!"), often are cheaper to make (at least in the short term), and certainly seem to be faster to make, as well. (Here's where I've busted that myth.)

From a health standpoint, these highly-processed foods are a concern not only because they appear to contribute to excess calories (that is, making people more likely to be overweight), but also because these processed foods tend to have higher total and saturated fat, more sugar and salt, and often contain additives that research strongly suggests have cancer-causing properties.

So is there a link between consuming more processed foods and a higher risk of cancer? French researchers looked at data from a long-term prospective study (BMJ;2018:360:k322|doi:10.1136/bmj.k322) involving repeated and detailed demographic and dietary surveys that included (for their purposes) over 100,000 French men and women. Recruiting for the study started in 2009 and the team utilized data gathered until January of 2017 for their analysis.

Quite simply, the authors compared the amount of highly-processed foods a participant consumed (by weight) with whether they were diagnosed with breast, prostate, colorectal, or overall cancer, excluding skin cancer. "Highly-processed foods" were defined as including

"...mass produced packaged breads and buns; sweet or savoury packaged snacks; industrialised confectionery and desserts; sodas and sweetened drinks; meat balls, poultry and fish nuggets, and other reconstituted meat products transformed with addition of preservatives other than salt (for example, nitrites); instant noodles and soups; frozen or shelf stable ready meals; and other food products made mostly or entirely from sugar, oils and fats, and other substances not commonly used in culinary preparations such as hydrogenated oils, modified starches, and protein isolates."

It is true that "correlation is not causation:" just because those who consumed highly-processed foods were more likely to develop cancer does not mean that the highly-processed foods directly caused cancer. That said, the authors were careful to control for variables that we know can affect your risk of cancer, including age, Body Mass Index, physical activity levels, smoking status, alcohol intake, family history of cancer, and even menopausal status and number of children (for women). This makes it more likely that the highly-processed nature of the foods consumed may have had some effect on cancer risk.