Resolving the obesity paradox
It's not news that Body Mass Index (BMI) is not a perfect predictor of health or longevity. Indeed, I see at least one article a week reporting the demise of BMI's clinical relevance with a gleefulness usually reserved for reports of celebrities embarrassing themselves in some way. The fact is that way back in 2013 I reported on a study that found that those with a BMI in the overweight range were actually 8% less likely to die from any cause than those with a normal BMI. This is what's known as "the obesity paradox" - when being overweight is associated with a lower risk of death from all causes.

Obesity and Subclinical Heart Disease
When a patient meets certain set criteria for a disease or condition, we doctors say that they have clinical [disease or condition]. For example, the World Health Organization and the National Institute of Health have designated a Body Mass Index of 30 or more as clinically obese. On the other hand, with some conditions a patient might have the condition, yet not show symptoms, and that is called subclinical [condition].

Can you be fit and fat? 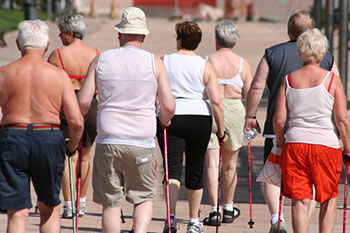 The controversy continues over whether a person can be considered healthy if their weight is not in the normal range. The problem, of course, is how you define "healthy" and how you define "normal weight."

Much of the research that I've reported on in this column has defined "normal weight" in terms of Body Mass Index (BMI), with "normal" being a score of 20-25, "overweight" a score of 25-30, and "obese" 30 and up. But BMI isn't particularly accurate for whole groups of people, including children (there's a child-specific BMI range instead), the elderly, people who are extremely muscular (have low levels of body fat), and others. (Find out your BMI.) Waist to hip ratio is another score that may actually be more useful than BMI as a measure of healthy weight. (Find out your Waist to Hip ratio.)

"Healthy" is most often defined in terms of cardiovascular health, including cholesterol scores and blood pressure along with glucose levels and insulin response.

A team of researchers in Toronto, Canada looked at the interaction between weight and fitness, but took an unusual approach to the definition of "healthy": they looked at VO2 max (BMC Obesity 2018 DOI 10.1186/s40608-018-0183-7). This is the measure of the maximum rate of oxygen (usually in liters per minute) utilized by an individual during exercise and is considered a good measure of aerobic capacity, with higher levels of aerobic capacity indicating higher physical fitness. For the most accurate results, it's tested using an exercise cycle or a treadmill and sophisticated equipment, so it's a fairly expensive test to perform.

For their study, the team recruited 853 people from those attending Wharton Medical Clinic, a weight and diabetes management clinic in Toronto, Canada. These men and women all had a BMI of at least 32 (clinically obese). Every participant received a VO2 max score via a treadmill test and had their blood pressures tested along with a standard blood panel, which included cholesterol scores and glucose scores.

The authors defined "unfit" versus "fit" in terms of the participants' VO2 max score: those scoring below the 20th percentile for their age and sex were considered "unfit," while those scoring in the 21st percentile and above were considered "fit." The participants' relative fitness was then correlated with their Body Mass Index, waist circumference, and blood test results.

More than anything else, this should be taken to underscore the benefits of exercise for everyone, regardless of body weight. The current recommendation is for a minimum of 150 minutes of moderate exercise per week: that's just 30 minutes of walking 5 days per week, and yes, walking through the parking lot counts. The benefits of fitness may not fully outweigh the risks of being overweight - this study compares those who are severely overweight with those who are moderately overweight, not those of clinically normal weight - but it's clear that it makes a significant difference in heart health.