Decreasing the Risk of Gestation Diabetes
Gestation diabetes mellitus (GDM) is a serious illness with potentially serious consequences. Can you do anything to decrease your risk of getting GDM? Yes!

Probiotics and a Decreased Risk of Gestational Diabetes
You know that yogurt helps to supply your daily calcium, but can it decrease your risk of gestational diabetes? Possibly. "Probiotics," those friendly bacteria in yogurt, miso, cottage cheese, aged cheese, kimchi, and other foods have been discussed in everything from research journals to commercials for "active" yogurt. 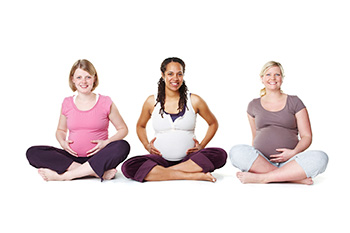 About 6% of US pregnancies are complicated by Gestational Diabetes, which is a condition that arises about midway through pregnancy, when women's resistance to insulin increases. Most women can produce more insulin to compensate, but when they can not their blood sugar rises - this is Gestational Diabetes.

Untreated, Gestational Diabetes (GD) is a risk to both mother and child, with complications including higher risk of cesarean section, preeclampsia, high bilirubin levels in the child, and more. Later in life, the mother also has increased risk of developing type 2 diabetes as well as high blood pressure and poor cholesterol scores. All three are risk factors for cardiovascular disease (CVD), but until recently there was little direct evidence that Gestational Diabetes alone increased women's risk of CVD.

A team of researchers at Harvard and the National Institutes of Health analyzed data from the Nurses Health Study II, a long-term, large-scale study that began in 1989 and enrolled over 115,000 women who were between 24 and 44 at the start of the study (JAMA Int Med 2017;177(12):1735-1742). Every two years the nurses respond to detailed questionnaires regarding their lifestyle, health, and habits, and the study is ongoing.

For their analysis the authors included only those women who reported giving birth at least once (nearly 90,000 women). They further excluded women who already had type 2 diabetes before pregnancy as well as those with previous heart disease or cancer. The researchers then compared the occurrence of heart attacks or strokes in those women who reported a diagnosis of Gestational Diabetes during any one of their pregnancies with that of those women who did not develop GD.

The raw data showed that those women who were diagnosed with GD were 60% more likely to experience a heart attack or stroke later in life. After taking into account such variables as the women's pre-pregnancy Body Mass Index as well as their BMI as of 2011, whether they had a history of high blood pressure, their family history of heart attack or stroke, and lifestyle habits such as smoking and physical activity, that increase in risk fell to 43%.

When the researchers considered heart attacks and strokes separately, however, being diagnosed with Gestational Diabetes increased women's risk of heart attack by 45% - but had no effect on their risk of stroke. Those with GD who later developed type 2 diabetes were at the greatest risk of cardiovascular disease: they were more than three times as likely to develop CVD than those women who had neither GD or type 2 diabetes.

Being diagnosed with Gestational Diabetes should be a cause for concern, certainly, but it should not be taken as a sure sign that you will have a heart attack or stroke later in life. Maintaining a healthy lifestyle post-pregnancy, including eating healthfully, managing your weight, and getting adequate exercise, can help you reduce your risk of cardiovascular disease. Better, however, to start prevention before you get pregnant, by following a Mediterranean-style diet to help prevent Gestational Diabetes.