Mediterranean Diet and Alzheimer's Disease
Being able to reproduce the results of a study is key to verifying any conclusions drawn from research. A number of years ago a group of scientists claimed to have mastered "Cold Fusion," but in followup experiments no one has been able to reproduce such an effect. Dr. Nikolaos Scarmeas and his colleagues published a study this year on a group of elderly subjects that indicated eating a Mediterranean style diet resulted in a lower risk of Alzheimer's Disease. 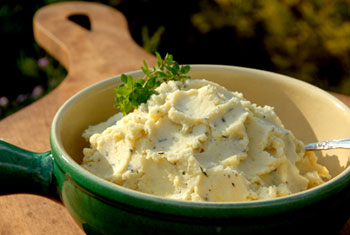 Earlier this year I spoke to a conference of psychiatrists about Culinary Medicine, and shared with you the highlights of my talk in my article, "4 ways to protect your brain with diet." #1 on the list was high blood sugars: higher insulin levels appear to reduce our body's ability to remove the amyloid beta proteins that are a major component of the plaques in the brain that are a typical feature of Alzheimer's Disease.

Yet just because those plaques appear in the brain does not mean that an individual has Alzheimer's. Indeed, they may exhibit no cognitive impairment at all. A study that began in 2013 is investigating the possible effects of exercise on the risk of Alzheimer's, focusing on 128 otherwise healthy and cognitively normal men and women who are at least 65 years of age but had been previously sedentary.

As part of that research the participants responded to a detailed dietary questionnaire and underwent both a battery of cognitive tests and an amyloid-specific PET scan to measure the amount and extent of amyloid deposits in their brain. The research I'm reporting on today utilized this initial data to look at the individual's overall diet and associate it with the amyloid deposits in their brain (Am J Clin Nutr 2017;106:1463-70).

The team, based at the University of Kansas, analyzed each participant's diet in light of each food's glycemic index score, looking not only at daily intakes of carbohydrate and sugar but also overall glycemic load. Those diets that tended to be higher in high-glycemic-load foods, such as refined grains, potatoes, starchy vegetables, added sugars, animal protein, and added fats were termed the HGLDiet pattern, and each participants' diet received a score indicating how closely their diet matched the HGLDiet pattern, with higher scores being closer matches.

Generally speaking, yes. All four measures the authors were concerned with: daily intake of carbohydrates or sugar, overally glycemic load, and HGLDiet pattern score tended to be associated with greater overall amyloid burden. That said, only sugar intake alone was associated with poorer cognitive scores on some of the individual cognitive tests - as the authors state, "no other dietary measures were related to neuropsychometric test scores."

This should not be taken to mean that you should avoid foods with a higher glycemic index in order to protect yourself from Alzheimer's Disease, although I don't doubt that there will be those news outlets who tout this in their clickbait headlines. This study only shows association between a dietary pattern and greater amyloid burden - not a direct link between that dietary pattern and Alzheimer's. The take-home here should be that a healthier diet of whole grains, less added sugars, animal protein in moderation, and good fats will protect your brain, not to mention the rest of your body.