Should you eat breakfast?
You probably already know that I am a big fan of breakfast. Research has shown that those who eat breakfast tend to eat more regularly throughout the day, and when they snack, they tend to choose healthier snacks. Those who eat breakfast are also less likely to overindulge at lunch or dinner, making it practically dogma that trying to lose weight requires eating breakfast.

Silly Fad Diets Finally Debunked
One of my favorite lectures that I get to give is about fad diets. Those of you who regularly read the Dr. Gourmet website know that I believe them to be just silly. Atkins, South Beach, The Zone, Perricone, it doesn't matter. Sadly, all of these have been conceived by doctors (3 M.D.s and 1 PhD). There are a lot of other kooky diets that have been created by people who don't have advanced degrees, so having gone to graduate school is not an absolute requirement for making up a diet.

The real truth about periodic fasting vs. cutting calories 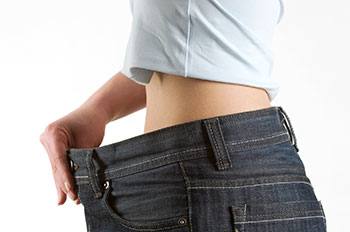 A few different best-selling diet books have popularized the idea of intermittent fasting. Two of the most popular variations on that theme are the 5:2 diet, in which you eat anything you want for five days, then consume about 500 calories each day for two days, and the alternate-day variety, in which you consume about 500 calories one day, then "what you want" the next. These are touted as being "easier than dieting" and are supposed to improve cholesterol scores, make you lose more weight than you would on a "normal" diet, and even cause you to lose more body fat.

There have even been studies that seem to support the idea, but they've included small numbers of people or have only lasted a few months. As you know if you've been following Dr. Gourmet for a while, the gold standard for research is a randomized, controlled trial, with the largest number of people you can manage that lasts as long as possible.

A team of researchers from universities including Stanford, the University of Illinois, and the University of Alabama designed such a study, recruiting 100 healthy, overweight or obese men and women to participate (JAMA Intern Med doi:10.1001/jamainternmed.2017.0936). One-third of the participants were assigned as the control group, while another third were assigned to an alternate-day "fast" and the final third to a regular, reduced-calorie diet.

The control group was instructed to maintain their body weight throughout the duration of the 12-month study. For the dieting groups, the authors used a sophisticated protocol known as "doubly-labeled water" to measure each individual's daily caloric requirements, then set a daily average target for each individual of 25% fewer calories per day. (For example: an individual who required 2,000 calories per day to maintain their weight would be assigned a daily average target of 1,750 calories per day.) While the reduced-calorie diet group simply consumed about a third of their daily calories at each meal, the fasting group was instructed to consume 25% of their daily caloric requirements at lunchtime on one day, then 125% of their requirements over the course of the following day.

To make this even easier for the dieting participants, the authors arranged to provide all of their food for the first three months of the study, with the overall plans adhering to American Heart Association suggestions for food quality and percentage of calories from carbohydrates, protein, and fats. After the first three months the participants worked with dietitians to learn how to continue their diets.

At the start of the study and every three months thereafter the participants kept a food record for 7 days to allow the authors to track their overall nutrient intake as well as how well they adhered to their assigned diet. They were also weighed and provided blood samples for testing. Every six months the participants' lean mass and fat mass were measured by x-ray absorptiometry and the fat around their internal organs (visceral fat) was measured with MRI.

The outcome? Both groups lost about the same amount of weight during the weight-loss phase (the first six months) and regained about the same amount of weight during the following 6 months (the maintenance phase). Nor was there any significant difference between the groups in terms of lean or fat body mass or visceral fat. Blood pressures and heart rate were also not significantly different. On the other hand, while at month 6 the fasting group saw significant increases in their HDL cholesterol (the good cholesterol), by month 12 that increase had disappeared - and their LDL cholesterol (the bad cholesterol) had significantly increased.

You might think that the conclusions stop there, but a closer look at the data brings up some interesting points. When you're planning a study like this one, generally one assumes that 25-30% of the participants will drop out over the course of the study for one reason or another. This is why it's important to base your conclusions on those who completed the study and why it's so important to recruit as many participants as possible.

In this study, however, of the 100 people who started the protocol, only 69 people completed the entire 12 months. Of the 31 people who were initially assigned to the control group, 21 completed the study: about 74%. The reduced-calorie group had about the same percentage of people drop out: 10 out of 35, or 71% completed the study. But the fasting group finished the study with only 21 people out of 34: about 62%. Why did so many people drop out? Of the 13 fasters who withdrew from the study, 5 said that they were "dissatisfied with the diet" and 3 were listed as "unable to contact." (Other reasons for dropping out were "personal reasons" or "scheduling conflict.") That might not seem significant until you note that none of those who dropped out of either of the other groups gave "dissatisfied with diet" as a reason to drop out, and only 2 people, both in the control group, were listed as "unable to contact."

You could argue that cholesterol scores aside, for the purpose of weight loss people would, as proponents claim, find it easier to fast on alternate days. The number of dropouts suggests that people found it harder to stick with the fasting-style diet, and even when they did stick with it, they couldn't actually stick with it - they cheated. Instead of going with goofy fad diets that take away entire food groups or entire meals, why not choose an eating style that lets you eat great food that's great for you? A Mediterranean-style diet can do that and you can eat three meals a day (plus snacks).