Resolving the obesity paradox
It's not news that Body Mass Index (BMI) is not a perfect predictor of health or longevity. Indeed, I see at least one article a week reporting the demise of BMI's clinical relevance with a gleefulness usually reserved for reports of celebrities embarrassing themselves in some way.

Watch Your Waist - Not Just Your Weight
When we talk about obesity it seems like we're most often talking about Body Mass Index (BMI). Certainly I've been doing a lot of talking and writing about it. There's another tool that doctors use to assess weight that I've talked about, just not quite as much: Waist-to-Hip Ratio (WHR). 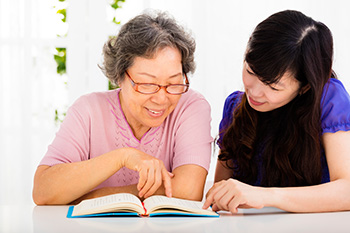 Much of the talk about the obesity epidemic centers around Body Mass Index (BMI), a mathematical means of describing the interaction between height and body weight that allows public health researchers to class large groups of people into categories that are described as "underweight," "normal weight," "overweight," and "obese."

The trouble with BMI, of course, is that its usefulness is limited for those who are extremely tall or short or who are particularly muscular. Further, while being overweight or obese is linked to greater risk of cardiometabolic abnormalities like high blood pressure, poor cholesterol scores, or insulin resistance/diabetes, that does not mean that all persons with a higher BMI are necessarily in poor metabolic health. Conversely, being of clinically normal weight usually means a lower risk of those same cardiometabolic abnormalities - but again, that risk is not nonexistent.

A team of researchers funded by grants from the National Institutes of Health took a closer look at data gathered in two large-scale studies that included over 7,600 adults of 5 different racial/ethnic groups (white, Chinese American, African American, Hispanic, and South Asian) living in the United States (Ann Int Med doi:10.7326/M16-1895).

The participants responded to detailed culture-specific dietary questionnaires and were subjected to a battery of tests including blood pressures, glucose and cholesterol scores, and even abdominal CT scans to measure the amount of fat around the internal organs. The authors could then classify each participant by their Body Mass Index according to the World Health Organization's guidelines for their ethnic group and focus their research on those who had clinically normal Body Mass Indices but also had at least two abnormal scores in the following tests: blood pressure, HDL cholesterol, triglyceride scores, or glucose scores. These people were termed MAN (Metabolic Abnormalities Normal weight).

We make much of the fact that some 30% of Americans are obese and so forth, but this study found that regardless of ethnic group, 29.1% of the participants with a clinically normal BMI were MAN - that is, they had at least two abnormal clinical results that we normally associate with being overweight or obese. By comparison, 35.8% of those with BMI in the obese range were metabolically normal (had no abnormal scores in the above tests).

Everyone, but especially those of non-white ethnicity, should be aware that being of clinically normal Body Mass Index does not mean that you are healthy. Have your blood pressure and cholesterol scores checked regularly, and help keep yourself healthy by following a healthy diet and getting regular exercise.