Long term high protein diets: bad for you?
I'm a practicing physician: I see patients every day. When I counsel my patients about their diet, I want to meet them where they are, in the world they live in, with the real challenges they face. I'm not interested in what might be a "perfect" diet: I'm interested in helping my patients make realistic dietary changes that they can live with for the long term for the sake of their, yes, long term health. So I don't hide the fact that I think that fad diets like the Atkins Diet, South Beach Diet, or the Paleo Diet are just silly.

Which is better for you - a low carbohydrate diet or a high-fat diet? 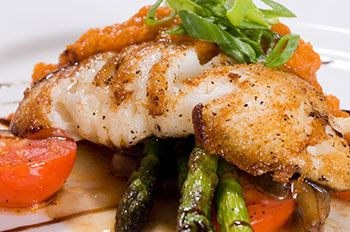 So many fad diets demonize one macronutrient at the expense of the others, and lately the nutrient people love to hate have been carbohydrates, whether that's the Atkins diet or the Paleo diet. Until recently we in medicine have been proponents of a low-fat diet, which appears to have had at least some effect on obesity rates. (Now that I think about it, I can't think of any diet intended for general use that demonizes protein in and of itself as opposed to certain types of protein, such as animal protein. If you know of one, let me know in the comments.)

For some diets the argument has been that consuming carbohydrates - or fat, depending on the diet - contributes to body fat and thereby contributes to one's risk of ill health. There are epidemiological studies that seem to support both sides, but a team in Norway designed a parallel study (two similar groups participating at the same time) to find out whether a diet high in fat or in carbohydrates would affect body fat mass (Am J Clin Nutr 2017;105:85-99).

They recruited 38 healthy but clinically obese men (Body Mass Index over 29) between the ages of 30 and 50 to participate in a feeding study. The participants all had normal blood glucose levels, a waist circumference of at least 98 centimeters (about 38.5 inches) or a percentage of body fat of at least 25%, and were not taking any regular medications.

At the start of the study the authors measured the participants' total body fat using bioelectrical impedance analysis, the most accurate measure of total body fat, then performed a CT scan to measure both visceral (among the internal organs) and subcutaneous (just under the skin) fat. In addition the researchers performed standard blood analyses such as cholesterol scores.

To make sure that any differences in the outcomes weren't due to poor overall diet quality (that is, eating junk), the authors worked with dietitians to create customized recipe booklets of over 500 recipes utilizing many of the same ingredients for each group to use to cook their meals. The recipes for both groups emphasized at least 500 grams of daily vegetables and fruits (with the emphasis on vegetables); avoiding hydrogenated oils, sugar, and foods with added sugar; consuming fresh and unprocessed foods; and at least two fish dinners per week. Both groups' diets were designed to provide them with about the same number of calories per day.

Every 4 weeks the participants returned to the lab for followup, including visits with a dietitian, and the tests performed at the start of the study were repeated.

The authors expected that one or the other of the diets would have greater effects on the participants' fat mass, especially their abdominal fat, as well as different effects on their cholesterol scores - but they were wrong. Both groups adhered to their assigned diets quite well, although both groups inadvertently cut their overall caloric intake by small amounts: the LFHC group reduced their calories by 22% and the VHFLC group reduced their overall intake by 14%. That said, both groups lost about the same amount of weight (about 3.6 points in their Body Mass Index), lost about the same amount of abdominal fat (about 30%!), and reduced their waist circumference by about the same amount. Similarly, both groups reduced their blood pressures and improved their overall cholesterol scores, most notably decreasing their triglycerides. Where the groups differed was in the effects on their cholesterol: total and LDL cholesterol (the bad cholesterol) decreased for those in the Low Fat High Carbohydrate group but not for the Very High Fat Low Carbohydrate group. Conversely, HDL cholesterol (the good cholesterol) only increased for those in the VHFLC group.

This study is particularly impressive because the authors were so careful to make certain that both groups were consuming high-quality foods - they even made sure that most of the ingredients in the recipes were identical for both groups. Similarly, the diets were not intended to induce weight loss, which might have had an effect on both abdominal and overall fat along with cholesterol scores. Yet both groups lost weight, lost fat, and improved their cholesterol scores.

I've been saying for decades that improving the quality of the calories you eat can have a tremendous impact on your health, even if you don't lose a pound. This study strongly supports that. You don't have to give up carbohydrates or any other food in order to eat better, and a Mediterranean-style diet is the most thoroughly studied and personally sustainable diet we know of.