Eat less: better in body and mind
It's been a while since I wrote about Caloric Restriction (CR), a diet that deliberately minimizes caloric intake (usually 1200 to 2000 calories per day) while still consuming 100% or more of the recommended daily allowance of all the essential nutrients. Those following CR will avoid processed foods, trans-fats, refined carbohydrates, desserts, snacks, and soft drinks, while consuming about 26% of their calories from protein, 46% from complex carbohydrates, and 28% of their calories from fat.

How the Standard American Diet (SAD) affects the brain
The agricultural and industrial revolution made fats and sugars more available and affordable, leading to a typical American diet that is high in fat and refined carbohydrates (high in sugars and simple starches) and low in complex carbohydrates and fiber. Low fruit and vegetable intake have also contributed to the reduction in the amount of fiber in American diets. Because of the convenience and low cost of processed foods, many convenience food items produced in mass quantities are high in chemical content. 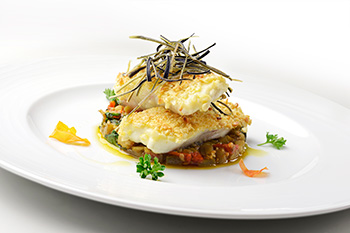 Research in both adults and children has linked eating more fast food to a greater risk of depression. We've also seen that a higher adherence to a Mediterranean-style diet is associated with better quality of life in general, both physically and emotionally, as well as an improved overall mood.

These are all studies that show only association: we don't know just why - the mechanism, as we say in medicine - this might be. Today's research article, published last month in the British Journal of Nutrition (2016;16:1077-1086), suggests one explanation: an inflammatory diet.

The authors made use of data gathered for the Australian Longitudinal Study on Women's Health, an on-going, long-term, large-scale study of Australian women that started in 1996. At the start of the study the participants were asked for demographic information such as age, education level, and marital status, as well as overall overall health information such as menopausal status, whether they smoked, and their height and weight. Other specialized questionnaires included a test known as as the CESD-10 (Center for Epidemiologic Studies Depression-10), a ten-question depression screening test that measures depressive symptoms on a scale of 0 to 30, with scores of 10 or over indicating depression.

Detailed dietary questionnaires created specifically for Australians were added to the surveys in 2001, after which the participants were surveyed four additional times until 2013, the chosen endpoint for this study.

Rather than looking at specific elements of the participants' diets, such as vegetable intake, red meat, or even the amount of omega-3 fatty acids they consumed, the authors utilized a tool called the Dietary Inflammatory Index (DII). The authors describe the development of this tool as follows: "Developing the DII involved reviewing and scoring nearly 2000 scientific articles representing cell culture and laboratory animal experiments, as well as a variety of human studies on diet and six inflammatory markers (i.e., C-reactive protein, IL-1b, IL-4, IL-6, IL-10, TNF-α)." With that tool they were able to analyze each of the over 6,400 participating women's diets and assign them an individual DII score, with positive scores meaning a pro-inflammatory diet and negative scores an anti-inflammatory diet.

Depression is a complex issue that should not be reduced to "eat more vegetables" or "get more exercise" or even "eat an anti-inflammatory diet." This does suggest, however, that a healthier diet may be a useful tool in your arsenal to fight depression. We know that a typical Western-style diet is pro-inflammatory and that a Mediterranean-style diet is anti-inflammatory (broadly speaking). If you or a loved one are struggling with depression, self-care should include a healthy diet of plenty of fruits, nuts, and vegetables; whole grains; less but leaner meats; delicious, fatty fish; dairy products like cheese and yogurt; legumes like lentils, beans, and peas; great monounsaturated fats like olive oil for cooking; and only moderate intake of alcohol, especially with meals.