Not all fats are created equal
If you've been following Dr. Gourmet for a while, you probably recall that dairy products are not a huge part of a Mediterranean-style diet. Most dairy intake is in the form of cheeses and yogurt - fermented dairy - and not in drinking milk. I (and many other doctors) have advised people for years to choose lower-fat versions of these foods as much as they can.

Fats and Their Effects on Cholesterol
Last Friday I wrote on how even a single meal that is high in saturated fat can contribute to adverse changes in the arteries of the kind that lead to heart disease. I had the question, however, from a reader to outline all the different types of fats and their effects on cholesterol.

More on good saturated fats
A few months ago the big news in nutrition (at least, as far as the national media is concerned) was that not all saturated fat is bad for you. We wrote about two studies that looked at different types of saturated fat: one discussing very-long-chain saturated fatty acids (a certain type of saturated fat), and another looked at the risk of diabetes associated with greater intake of high-fat dairy products and higher-fat unprocessed meats.

Should you avoid full-fat cheese? 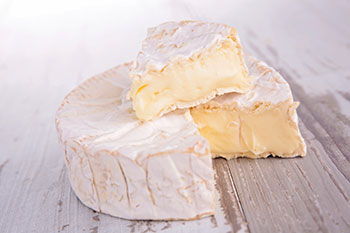 It's true: I've said for years that full-fat cheeses should be consumed with caution. For more than one reason, really: first, yes, they're higher in saturated fat, and diets higher in saturated fat lead to a higher risk of disease. Second, those full-fat cheeses can be used in smaller amounts because they have so much more flavor than their reduced-fat cousins: a little goes a long way, and when you're watching overall calories that does matter. Finally, I like to use reduced-fat cheeses in cooking because when they melt, they are less likely to separate into a mess of grease and gloppy milk solids.

It seems I may need to rethink that first reason, however.

In a study recently published in the American Journal of Clinical Nutrition (2016;104:973-81), researchers in Denmark recruited 139 adult men and women of with at least one risk factor for Metabolic Syndrome, which includes such factors as high blood pressure, poor cholesterol scores (especially poor LDL cholesterol scores), and high fasting glucose scores.

The participants were randomly assigned to one of three 12-week diets designed to maintain their current weight: one diet included full-fat cheese, the second included the same amount by weight of reduced-fat cheese, and the third group avoided cheeses but consumed bread with the participant's choice of jam in approximately the same number of calories as that provided by cheese for the full-fat group. Other than the cheeses (or bread/jam) provided by the researchers, the participants were asked to avoid other dairy products except for the 5 daily ounces of skim milk provided to all participants, regardless of group.

It's interesting to note, here, that although the full-fat and reduced-fat cheese groups consumed the same amount of cheese by weight, the reduced-fat cheese group consumed about 17% fewer calories in the form of cheese while all three groups' diets were designed to maintain the participants' body weight. This study emphasizes the importance of considering the food source of a macronutrient as opposed to treating all macronutrients as the same. For those of my patients who are working on their weight, I will likely continue recommending that they switch to reduced-fat cheeses because they are lower in total calories. (I'll certainly continue cooking with reduced-fat cheeses.) That said, it seems clear that within the context of an overall healthy and appropriately-portioned diet, full-fat cheeses need not be avoided.