How to fight insulin resistance 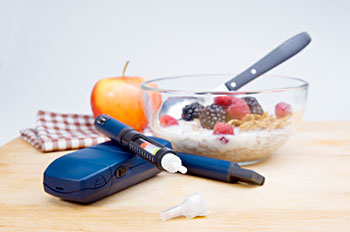 In that column I also discussed Advanced Glycation End Products (AGE), which are oxidants formed when sugars chemically react with proteins. A typical Western Diet tends to be high in AGEs, as they appear not only in foods that are cooked at a high temperature (such as meats that are roasted, fried, or grilled), but also in highly processed baked goods (think white breads), foods that contain trans-fats, beer (sorry), and roasted coffee beans (even more sorry).

Fortunately a team in Australia designed a study in humans to assess this very question. Twenty otherwise clinically healthy but overweight or obese men and women participated in this very well-designed feeding study (Am J Clin Nutr 2016;103:1426-33). For two weeks the participants followed a diet that was low in AGEs or high in AGEs. After a four-week washout period, the participants then switched diets (from high-AGE to low-AGE or vice versa) and followed that diet for an additional two weeks. The authors were careful to customize both types of diets for each participant, to provide the same number of calories and the same proportion of macronutrients regardless of the level of AGEs they were consuming. Further, all of the food consumed for the two diets was provided by the researchers, including all meals, snacks, and even beverages.

The authors note that this study included people who were overweight or obese but neither prediabetic or diabetic: concluding that those who are diabetic should follow a low-AGE diet would be a leap to conclusions on a par with believing that if A = B and B = C, then A = Z. That said, eating less meat and grilled meats, avoiding highly processed foods like white bread in favor of whole grains, and consuming more vegetables and fruits (good sources of anti-oxidants) is a feature of a Mediterranean-style diet, which we know is the best diet for type 2 diabetics.