Eat Less, Reduce Your Risk of Heart Disease
We know that eating a low-calorie diet for the long term can slow aging in laboratory animals. We also know that in the short term, a low-calorie diet can improve a person's blood pressure, total cholesterol, and triglyceride levels, all risks for heart disease.

Eat Less, Have a Younger Heart
Research has shown that eating fewer calories decreases the risk of heart disease. While there are also theories that calorie restriction can slow the effects of aging, none have yet been proven. Dr. Timothy Meyer and his colleagues looked at the question of what effect reducing calories might have on the heart by evaluating a group of 25 people who had been following a calorie restricted diet. 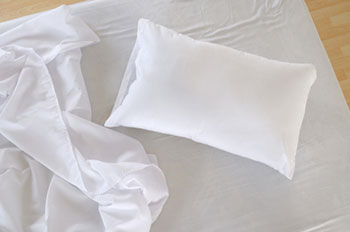 It's been a while since I wrote about Caloric Restriction (CR), a diet that deliberately minimizes caloric intake (usually 1200 to 2000 calories per day) while still consuming 100% or more of the recommended daily allowance of all the essential nutrients. Those following CR will avoid processed foods, trans-fats, refined carbohydrates, desserts, snacks, and soft drinks, while consuming about 26% of their calories from protein, 46% from complex carbohydrates, and 28% of their calories from fat.

Research has found that compared to those following a more usual American diet (which averages between 2000 and 3500 calories per day), those following a Caloric Restriction diet have lower cholesterol levels, better heart function and cholesterol scores, lower markers of inflammation, and markedly less plaque in the coronary arteries.

By now you're probably thinking, "That's all very nice, but wouldn't a Caloric Restriction diet suck all the joy out of life? Sure, I might live longer, but how happy am I really going to be?"

It's true that much of the research surrounding Caloric Restriction has focused on the physical effects of CR. Today's article looks at overall quality of life, including mood, sleep quality, and even sexual function. A multi-center team of researchers recruited 188 men and women who were healthy and not clinically obese (having a Body Mass Index under 28) to participate in a two-year study of Caloric Restriction (JAMA Intern Med 2016;176(6)743-752). The participants were all a minimum of 20 years of age with a cut-off of 47 (for women) and 50 (for men) at the start of the study.

Two-thirds of the participants followed a Caloric Restriction diet for two years, with their goal being to consume 25% fewer calories than they had previously been accustomed to. The other third of the participants followed their usual diets. At the start of the study, after one year, and at the end of the study both groups responded to a battery of tests measuring mood, stress levels, overall quality of life, amount and quality of sleep, sexual function.

Much of the existing research on Caloric Restriction has focused on its effects on those who are overweight or obese, so the authors were somewhat surprised to see that the results in these normal and somewhat-overweight persons were similar to other studies of those who were overweight or obese. In short, compared to those who continued with their usual diet, those who followed a Caloric Restriction diet lost more weight (of course), but also significantly improved their overall mood while decreasing their level of tension. Those on their usual diet actually experienced increased depression and slept for less time than those on CR, whose levels of depression or amount of sleep did not change significantly.

We know that for those who are clinically obese, losing weight can improve overall quality of life, decrease depression, and improve sleep quality; it's great to know that these positive effects are available to those who are already of clinically normal weight. A higher overall quality of life allows you to enjoy what you have: friends, family, your work or avocation, and yes, even a good meal. While Caloric Restriction has well-documented positive effects, that doesn't mean that Caloric Restriction is the only diet that can have these effects for you - as I like to say to my patients, "Perfect is the enemy of better." Work on the quality of the calories you consume by choosing the best fats, lean protein, and complex carbohydrates in reasonable amounts. You'll feel the effects in both body and mind.