Red meat and breast cancer in women
There have been links to an increased risk of cancer in those who eat higher amounts of red meat. So far this has not been shown in women with breast cancer, however. In a study published this week a group of researchers looked at a large number of women to determine if this might be the case

How to help protect your daughters from breast cancer 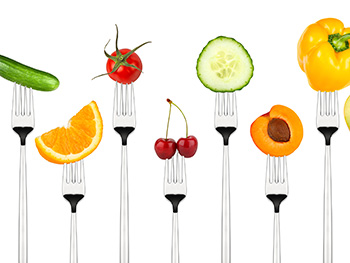 We've reported on more than one study that a Mediterranean style diet appears to help prevent breast cancer, but it's not clear from existing research whether that's due to the overall dietary pattern or if it's likely to be the result of one or more of the nine points of the Mediterranean Diet.

As an example: one study that we've reported on focused on olive oil intake among those following a Mediterranean diet, but despite the positive results, the authors of that study noted that foods are not consumed in isolation and that the results could be due to the participants' overall diet.

On the other hand, we have a pretty good idea of what contributes to your risk of breast cancer, including red meat, multivitamin use, and drinking alcohol. Why would there be so much more research into causes rather than prevention? You probably know it's easier to prove a positive than a negative.

But that's not very helpful when you'd much rather avoid getting breast cancer. A team of researchers recently made use of data collected for the Nurses Health Study II, a large scale study of female nurses that began in 1989 and continues to this day, to look at whether fruits and vegetables might play a role in breast cancer prevention (BMJ 2016;353:i2343). The study gathers its data through regular dietary questionnaires as well as collecting information regarding the participants' health status and other information. In 1997, a portion of the women participating in the study filled out an additional dietary questionnaire about what they ate during adolescence (defined as the ages of 13 through 18). All told, this included nearly 45,000 women.

The authors grouped the women's intake of fruits and vegetables into five increasing levels, from "never or less than once per month" to "6 or more times per day." They also looked at specific fruits and vegetables, such as apples or kale. After taking into account an array of variables including family history of breast cancer, alcohol intake during adolescence, fiber intake, red meat intake, Body Mass Index, and whether they had children, the authors found that those women who reported consuming an average of 2.9 servings of fruit per day were 31% less likely to develop postmenopausal invasive breast cancer and 20% less likely to develop premenopausal breast cancer, with the possibility of breast cancer in general being 25% less likely. As it happens, just 1.4 servings of fruit per day yielded nearly the same risk reduction. According to the authors' analysis, the amount of apples, bananas, and grapes the participants consumed during adolescence had the greatest power to reduce their risk of breast cancer.

I am a little concerned about this study. While the authors were quite careful to use validated food frequency questionnaires that appeared to have a fair amount of accuracy, the fact remains that the women participating in this recall were looking back on their adolescent diet from the age of 32 at best. At the age of 32, would you have remembered what you ate on a regular basis during high school? You might or might not recall with some accuracy, but it's definitely cause for concern. That said, there's no question that fruits and vegetables are great for you, and it would appear from this study that encouraging your daughter to eat an apple or banana at lunch and for snacks, with plenty of vegetables on her sandwich at lunch, may help prevent her from developing breast cancer in the future.