Another reason to avoid sugared sodas: your brain 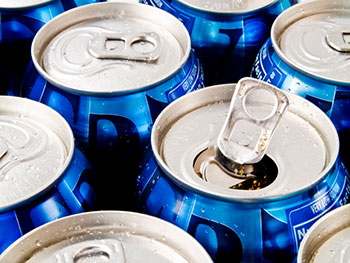 You're probably well aware that you shouldn't be drinking sugared sodas. They're full of nutritionally empty calories that you probably don't need, and if you're diabetic, they can also do a number on your blood sugars. Better to drink water or unsweetened tea or coffee, or if you must have sodas, choose the diet versions.

Yet some of my diabetic patients drink their sugared sodas anyway, arguing that as long as they take the calories into account and manage their blood sugars, what could it hurt?

Their brains, apparently - whether they're diabetic or not.

In 1974, over 1,000 people were recruited from Syracuse, New York to participate in a longitudinal study (following people over time). Every five years the participants were evaluated for heart disease risk factors as well as undergoing a battery of tests designed to assess their mental processes. In 2000 the study's designers added a dietary questionnaire to the mix, which allowed the authors of today's study the opportunity to assess the effects of sugared sodas on the diabetic brain (Brit J Nutr 2016;115:1397-1405).

Of the just over 800 people included in their analysis, almost 20% drank at least 1 sugared soda per day, while 27% drank at least one diet soda per day. (The authors focused specifically on sodas as opposed to other sugar-sweetened drinks such as fruit juices.) While those who drank sugared sodas regularly did not perform as well on the cognitive tests as those who did not (and more sodas meant lower scores), the effect was significantly magnified when those who drank sugared sodas were also diabetic. This held true even when the authors took into account risk factors for heart disease, lifestyle and dietary risk factors, and Body Mass Index.

Those who drank diet sodas performed as well on the cognitive tests as those who did not drink sodas at all, making it clear that it's the sugar in the sodas (not, say, the carbonation) that makes the difference. Could it be the High Fructose Corn Syrup (HFCS) that's in so many sugared sodas that's the culprit? There's no way to tell from this study. Whether it's "made with real sugar" or contains HFCS, skip the sugared sodas in favor of water, coffee, or tea. Diet sodas have their own set of problems, including greater risk of becoming overweight or obese and hindering efforts to lose weight. Best to avoid them as well.