The Effects of Being Healthy
Most studies that I've reported on here in my Health and Nutrition Bites are focused on the risks of negative health factors such as being overweight or obese, having a high Waist to Hip ratio, being inactive or smoking. Those studies tell you that having those risk factors mean you're more likely to become seriously ill or die and give you all sorts of percentages - 40% more likely to have a heart attack or 30% more likely to die of all causes and so on and so on and so on.

Sometimes It's Just That Simple
While the purpose of Dr. Gourmet's Health and Nutrition Bites is to explain current research in easy to understand terms and tell you just what that science means for you in the real world, today I want to share with you some research that is about as simple as it gets.

The importance of youthful fitness 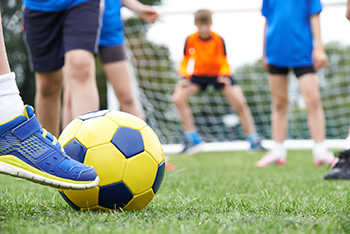 It's well established that being having a Body Mass Index in the overweight or obese range, in and of itself, puts you at greater risk of diabetes and its life-altering complications, including heart disease, high blood pressure, stroke, and death. That said, even those overweight or obese persons who do not develop the common complications of obesity are still at greater risk of death from all causes. On the other hand, recent research looking at actual body fat - as opposed to Body Mass Index, which is an indirect measure of adiposity - showed that those with a normal Body Mass Index but high levels of body fat were 19% more likely to die of any cause than those with the lowest levels of body fat.

Clearly the health risks of one's weight are more complicated than simply the number of pounds one is carrying on one's frame. A team in Sweden noted this and sought to look at whether physical fitness levels might have an effect on one's risk of diabetes, independent of body weight (Annals Int Med 2016;164:577-584).

Fortunately they were able to make use of records kept by the Swedish government, which until 2010 required military service from all Swedish men at age 18. Between 1969 and 1997, over 1.5 million men received a military conscription examination, a 2-day standardized physical and psychological exam that included measurement of aerobic capacity (as measured while using a stationary bicycle) and muscle strength (as measured for knee extension, elbow flexion, and grip strength).

With records maintained by the Swedish Hospital Registry and the Swedish Outpatient Registry, the authors were able to identify those men who developed Type 2 diabetes after the initial military examination and compare their aerobic fitness and muscle strength at age 18 with those who did not.

This study does not say that if you're in good shape at 18 you have nothing to worry about, as it doesn't take the participants' body weight or later level of fitness into account. It does suggest, however, that greater physical fitness early in life, especially aerobic fitness, may help protect you from Type 2 diabetes later on. Just how that might happen - whether those who are fitter early in life are more likely to maintain their fitness, follow a healthy diet, or are simply more lucky - is not clear. Help your kids get that advantage by encouraging them to be active - set an example by being active yourself and the whole family will benefit.