The True Cost and Benefit of Eating Healthy
Often when I am discussing eating healthy with my patients they'll say that it is difficult for them because healthy foods cost more. It is a common misperception that eating fresh food means a larger grocery bill each week.

Busting the Myth: Eating Healthy is Cheaper and Doesn't Take Longer
This past weekend we offered another round of continuing medical education programs for physicians at the Goldring Center for Culinary Medicine. The cost of eating healthy came up, as it does at almost every event I do these days. There is a tremendous misperception about what making fresh food costs and the time that it takes vs. processed, boxed foods. Most people believe that it is more expensive to make fresh, healthier food and that it takes more time.

The Price Myth
One argument that I often hear is that it's cheaper to eat at McDonalds. After Going to McDonalds recently and putting together a typical meal for 4 (mom, dad and two kids), I came up with a total of about $14.00 (I didn't actually buy anything - ugh!). You get almost nothing of nutritive value for your money - white bread, greasy burgers and fries with sugary soda.

Comparing the cost of meatless and non-meatless diets 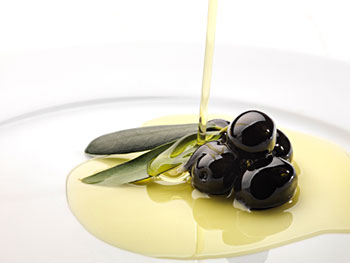 There's been plenty of discussion about the supposed higher cost of eating healthy. The truth is that on the large scale, not only is it cheaper in the long run to eat healthier (because you'll spend so much less on health care), but on the small scale it's cheaper on a cost-per-serving basis.

Back in 2000, registered dietitian Mary Flynn, PhD, designed a 6-week cooking program for food pantry clients that uses foods that are available in food pantries and is both plant-based (no meat whatsoever) and utilizes olive oil exclusively (no butter or margarine). The goal of her original research was to see if using the recipes in her program for 3 meals per week would help reduce clients' food cost. The good news is that those clients did use the recipes for meals, on average, between 2.8 and 4.1 times per week, which did indeed reduce their weekly food costs along with their Body Mass Index.

With this in mind, Dr. Flynn and her colleagues compared the cost of her plant-based olive oil (PBOO) diet with the cost of a diet based on MyPlate, based on USDA and HHS recommendations for a healthy diet (J Hunger Env Nutr 2015;10:467-482). They used two seven-day meal plans for each diet and set a goal of 2,000 calories per day. The PBOO diet used the recipes Dr. Flynn had developed for food pantry clients, while the diet for MyPlate was based on a sample 2,000-calorie menu created by the USDA and described as "economical in cost."

The authors determined the amounts of each ingredient used in the two diets and based the cost of each ingredient on pricing information available at a single local supermarket chain. The ingredients for the PBOO diet used shelf-stable items like those found in food pantries and used fresh or canned fruit; fresh, canned, or frozen vegetables, and only extra virgin olive oil. The MyPlate diet followed the USDA's instruction to choose low sodium or low fat options and both canola oil and margarine; for both diets the authors chose non-sale prices of either the store brand of the item or the cheapest comparable item when a store brand was not available.

Overall, the PBOO diet did indeed cost less than the MyPlate diet, at $38.75 for the week compared to $53.11. (Interestingly, Chef Leah Sarris at The Goldring Center for Culinary Medicine was able to feed a family of four for $127.00, or $31.75 per person.) The PBOO diet also had more servings of vegetables, fruit, and whole grains than the MyPlate diet, yet both "meal plans were equivalent in most nutrients." On paper, it would seem clear that the Plant Based Olive Oil meal plan is superior to the MyPlate diet.

Reading closely, however, brought up some concerns: first, the PBOO diet used olive oil exclusively, while the MyPlate diet used only canola oil and margarine. Dr. Flynn makes the interesting statement that her plan "uses only extra virgin olive oil, which is the juice of the olive fruit and has numerous health benefits" then adds "...it is a plant product." So canola oil, made from the rapeseed, is not a plant product and has no health benefits? Not true, Dr. Flynn. (And is there some reason that the MyPlate diet did not make use of at least some olive oil?)

Further, she states that "frequent red meat consumption has been associated with an increased risk of chronic diseases and mortality." This is quite true, which is why I recommend limiting your red meat intake to no more than one serving in two weeks. However, she goes on to say that "there may not be direct health risks associated with frequent consumption of poultry or seafood" as if there were no health benefits to them either. Fish and shellfish are excellent sources of Omega-3 fatty acids. While there are plant sources of Omega-3s, including walnuts and (surprise!) canola oil, I didn't see comparable sources in the PBOO diet. Worse yet, she states the obvious: "protein consumed in excess of need is not stored as protein but converted to fat and stored as adipose tissue." The fact is that all calories "consumed in excess of need" are stored as fat - this is not limited to protein.

The biggest issue I have with this research is the same one I have with fad diets like the Atkins diet or the Paleo diet: for most people this (a wholly plant-based diet) is not sustainable for the long term. (Nor is it realistic to think that people will cook every single night, as they do here in both the PBOO diet and the MyPlate diet.) They simply are not going to give up the occasional bacon burger or their turkey at Thanksgiving or the Sunday roast chicken. Certainly some people will - but most won't, and my goal, whether it's through Dr. Gourmet, with my own patients, or in my work with The Goldring Center for Culinary Medicine, is to meet people where they are: with tasty, healthy, familiar foods that people can live with for the long haul.