Live longer (on a cellular level) with a Mediterranean Diet
[A recent] article linked blood levels of fish- or shellfish-sourced omega-3 fatty acids with the length of the participants' telomeres, showing that more omega-3s meant longer telomeres.

Stay sharp with a Mediterranean Diet
People are living longer, and that means more and more people are experiencing what is known as "age-related cognitive decline," or more colloquially, dementia. That doesn't just affect those who have dementia, of course - those with aging parents will know the personal and financial burden that comes with the effects of age, even in those who do not have dementia. Unfortunately, there are no medications (yet) to treat this fairly normal consequence of age.

Improve your arthritis with a Mediterranean Diet 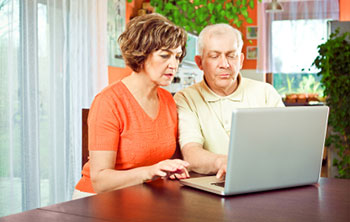 Note: I referred to this study in yesterday's Ask Dr. Gourmet Newsletter question about arthritis.

We've seen that following a Mediterranean-style diet can help with dementia, stomach and breast cancers, heart disease, and even mood. Cancers and heart disease are understood to be in part due to inflammation, as is rheumatoid arthritis.

Researchers in Sweden (Ann Rheum Dis 2003;62:208-214) recruited 51 adult men and women who had been living with a diagnosis of rheumatoid arthritis for at least two years, with their condition being considered "active" and "stable" by their physician. To participate, their antirheumatic medications had to have been unchanged for a minimum of three months, their steroid dosage stable for at least 4 weeks, and their intake of NSAIDS (a class of drugs that include acetaminophen, ibuprofen, and naproxen) stable for at least 10 days.

At the start of the study and at 3 weeks, 6 weeks, and 12 weeks (the end of the study), all of the participants, both usual diet and Mediterranean-style diet, responded to standardized questionnaires that measure the overall effects of rheumatoid arthritis, including the number of swollen or tender joints and the length of time it takes for morning stiffness to go away, along with overall pain scores. They also kept daily records of how much NSAIDs they used each day and visited physiotherapists who measured their physical function, including a grip test. Further, their blood was tested to measure erythrocyte sedimentation rate (ESR), which is used to assess general inflammation levels in the body.

After the 12 weeks of the study, those who had followed a Mediterranean-style diet reported significantly lower levels of pain and their morning stiffness went away more quickly. Those who continued with their usual diet, however, saw their pain levels increase slightly along with the duration of their morning stiffness. Interestingly, neither their NSAID use nor their ESR changed significantly.

Once again, this is a fairly short study, but that short length might be considered encouraging since arthritis is so painful and debilitating: a change in diet might yield results in just a few months. That said, those who were assigned to the Mediterranean-style diet tended to have a higher Body Mass Index than those who continued on their usual diet, and some lost weight during the study. They had also contended with their arthritis diagnosis for longer. It's possible that weight loss made a difference, and that those who'd had arthritis for longer might respond to changing to a healthier diet regardless of the specific type of diet. On the other hand, if following a Mediterranean-style diet means greater quality of life when living with rheumatoid arthritis, wouldn't you want to have those effects for as long as possible?