Eat Your Soup
At nearly every lecture I give about eating healthy, somebody asks about snacks. Although there's no scientific evidence that eating more frequently speeds up one's metabolism, people seem to have bought in to the idea, and so snacking, at least among my patients, has become the norm.

Soup to the Rescue
It's surprising that there are not more quality research studies about soup. We all think of chicken soup as being good for whatever ails you and there are a few studies that indicate that this may be the case (only a few, mind you, and not all that great quality).

Prevent Diabetes without Losing Weight
Researchers from The Pennsylvania State University recently reported on a very interesting study they performed on the effect of eating soup on food intake (Appetite, 2007: doi: 10.1016/j.appet.2007.04.002). Would having a bowl of soup before a meal's entree help reduce the total amount eaten at that meal? And would the consistency of the soup make a difference? 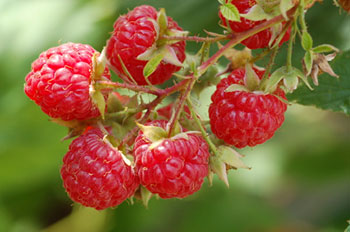 Dr. Gourmet is not about weight loss. Our (my) goal is to get people eating better: getting back into the kitchen, making better choices at restaurants, and snacking sensibly. Research shows that improving the quality of what you eat can have a big impact on your long term health even if you're overweight and don't lose a pound.

That said, often making those improvements in what you eat can result in losing weight, most likely because of the idea of calorie density. I've discussed this before, but in short, calorie density measures the number of calories by weight of a particular food. Fudge has a high calorie density: about half an ounce of chocolate fudge has 70 calories, while popcorn has a low calorie density: two 1/4 cups of plain popcorn also has about 70 calories. Choosing the popcorn instead of the fudge is likely to leave you fuller and more satisfied, not to mention that it's quality whole grains and full of fiber. I've written numerous articles recommending that you switch your snacks of choice from pretzels or chips to nuts (for savory snackers), and from candy to fruit (for sweet snackers).

A team in Leicestershire, England noted that making those improved choices might be more satisfying for the short term, but would that higher satisfaction affect how much people ate at the next meal? (Appetite 2015;95:132-137)

The recruited 12 college-age women to participate in their feeding study. All of the women had normal to slightly-above-normal Body Mass Indices, had maintained that weight for the previous six months (not trying to lose weight) and were screened to make sure none exhibited signs of disordered eating. In a randomly-assigned order, each participant came to the lab on two occasions in the late afternoon and were given one of two snacks. On one occasion the snack was about 5 1/2 ounces of mixed berries (strawberries, raspberries, blackberries, and blueberries), totaling 272 calories. On the other occasion the snack was the same number of calories but in the form of berry-flavored jelly beans.

One hour after eating the snack the participants were given a standard dinner meal of pasta with tomato sauce and instructed to eat until they "were comfortably full and satisfied." If the participant consumed the entire plate of pasta, they were given another, and this was repeated until they indicated they were full. At regular intervals both before and after the snack and before and after the dinner meal the participants were asked to rate how hungry they felt along with other indications of appetite and satisfaction.

The most interesting results are that when the participants were served the berries, they ate 20% fewer calories of the later dinner meal than they did if they had the jelly beans. The researchers also note that it took the women longer to eat the berries than the candy, and after the candy snack the women ate the dinner meal more quickly. What's more, when they ate the berries as their snack, two hours after the dinner they reported feeling less hungry, more full, and having less of a desire to eat than they did when they ate the candy as a snack. So they ate fewer calories, but felt less hungry after dinner!

This is a very small study of all university women, so the most we can say for sure is that there is reason to perform a much larger study in a more diverse group of people. This does, however, reinforce the idea of switching to quality snacks over junk. They're definitely better for you, and they may, as this research suggests, lead you to consume fewer calories at your next meal.