When the Glycemic Index Doesn't Measure Up
The Glycemic Index is of interest to those seeking to help prevent or treat diabetes because it measures the effect that a specific food has on a person's blood sugar after the person eats it. Unfortunately, the results of studies assessing the link between GI and diabetes risk have been mixed. As I mentioned in the article, just because the research isn't yet conclusive, that hasn't stopped people from creating commercial diets based on the Glycemic Index.

Practical Starch Choices
Carbohydrates are not your enemy. After years of research we do know what we have known for a long time - poor quality calories are bad for you. It doesn't really matter whether the focus is on carbs or fat or protein, if the quality of the food is great, the food is great for you.

More on Breakfast and Blood Sugars
An interesting pilot study out of the University of Minnesota looked at the intersection between breakfast, whole grains (in terms of the Glycemic Index) and blood sugar control (an important element in preventing or managing diabetes). 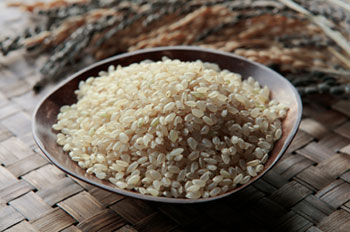 I've been saying for years - no, decades - that it's the quality of the calories you put in your mouth and body that really count. Since I'm an allopathic, evidence-based physician talking about health and nutrition, people assume that I'm all about weight loss. The truth is, I'm not. Yes, it's true that having a normal weight according to the Body Mass Index means a reduced risk of many chronic illnesses. But when patients come to me for treatment, I'm far more interested in improving what they eat than in whether they need to lose weight.

One of the easiest changes for people to make when they're improving the quality of the calories in their diet is to improve the quality of the carbohydrates they're eating. I've written columns on improving your carbohydrate choices, but tips include choosing brown over white rice; whole wheat pasta over white pasta (or quinoa pasta over rice pasta, if you have Celiac disease); and forgoing sugary cereals in favor of oatmeal or whole-grain cereals like Total® Raisin Bran.

Researchers in Spain made use of data gathered in an ongoing study (Eur J Clin Nutr 2015;69:297-302) to see if the quality of the carbohydrates people ate would actually help prevent them from gaining weight. They defined carbohydrate quality by looking at four criteria in an individual's diet: dietary fiber intake, glycemic index, ratio of whole grains to total grains, and ratio of solid carbohydrates to liquid carbohydrates. They then converted the totals into five levels of increasing intake and then to a score ranging from 4 to 20 (the CQI - Calorie Quality Index).

The participants included in this analysis of the study (known as the SUN Project: Seguimiento Universidad de Navarra) included only those men and women of clinically normal weight at the start of the study who filled out the study's biannual dietary and demographic questionnaires completely (about 8,700 people). After about 8 years of follow-up, the researchers looked at the CQI of those who gained weight - and how much - and compared that intake with those who gained less. (The researchers note that on average, all participants gained weight during the 8 years of follow-up.)

After taking into account age, sex, smoking status, physical activity, family history of obesity, and other variables, the small differences in yearly average weight gain between those with a high CQI score and a low score became statistically insignificant. However, when they compared the scores of those who became clinically overweight or obese with those who remained of clinically normal weight, those with the CQI scores in the top two quintiles were at least 33% less likely than those with the lowest scores to become overweight or obese in the 8 years covered in the study.

The researchers note that those with the highest CQI scores consumed a greater number of calories from carbohydrates than those with lower scores, suggesting that it was the quality of the carbohydrates that protected them from overweight or obesity.