What is the Mediterranean Diet?
The Mediterranean Diet is the name that has evolved to symbolize the healthy foods eaten by those people whose countries surround the Mediterranean Sea. Their diets are higher in vegetables, legumes (beans and peas), fruits, nuts and whole grain cereals. The main fat used is olive oil and there is less use of highly saturated fats like butter and lard.

What is your Mediterranean Diet score?
I have been writing for a long time about the Mediterranean diet and how easy and healthy this is. The recipes on the Dr. Gourmet web site use these principles and translate them to dishes and menus that are familiar to you. I have talked about the 9 areas that have been used in research and what this can mean for you. But how much? What makes up a score?

The Mediterranean Diet Score Card
Print out this handout and post it on your refrigerator. Each day has sections that correspond to the nine areas making up the Mediterranean diet. For each section we've listed the goal amount for you to eat to get a point, and nine points, one for each area, is a perfect score.

Could what's good for you be good for the planet? 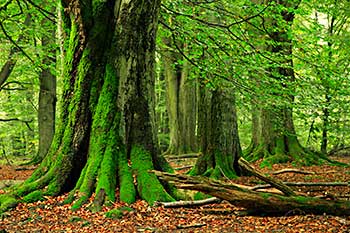 One of the reasons that fad diets fail is not that they are physically bad for you (although some might be): the problem is that people can't adhere to the diet for the long haul. That's usually what I mean when I talk about a "sustainable" diet: I am talking about a pattern of eating that one can reasonably stick with for the long term.

When we're talking about our diet's impact on our planet with respect to the greenhouse gases emitted by the growth and processing of our food supply, however, that's also known as "sustainable." Researchers in France sought to identify the dietary patterns that might be "culturally acceptable" (meaning that people can stick with it for the long haul - that it's "sustainable" in my use of the term) while also being ecologically sustainable (Am J Clin Nutr 2014;99:1460-69). After all, the Intergovernmental Panel on Climate Change estimates that "agriculture and deforestation accounted for approximately one-third of global greenhouse gas emissions in 2010."

Gabriel Masset and their team made use of 7-day food records from just over 1,900 French men and women gathered through their 2006-2007 Individual and National Survey on Food Consumption. The contents of each participant's weekly diet was first categorized into plant-based foods (including fruit, vegetables, and nuts; cereals, including breakfast cereals; potatoes; legumes; vegetable oils and margarines; and mixed dishes that included no meat, fish, or eggs) vs. non-plant-based foods, then their average caloric intake as well as average energy density calculated using standard portion size and caloric information for each food.

Further, they assessed the cost of each participants' diet using a database of pricing according to 12,000 French household records, and a dietary quality score was assigned based on an index (the PANDiet index) that scores the diet entirely on the nutrients it contains as compared to the daily dietary recommendations. Higher scores according to the PANDiet index were considered "Higher Quality" diets.

Finally, an outside company estimated the greenhouse gas emissions (GHGE) related to each person's diet. The researchers compared all of these indices - content, price, quality, and GHGE to see whether Higher Quality diets were lower in GHGE, whether they were more expensive than other diets, and what foods were included in those Higher Quality diets.

What they found might surprise you: the highest-scoring "Higher Quality" diets contained much more plant-based and low-energy-density foods such as starches, fruits, and vegetables, than the average diet, but they had a higher greenhouse gas emissions. The researchers theorized that this was due to their lower energy density, meaning that much more of these foods need to be eaten to consume the same number of calories.

What's really interesting is that those diets that scored just a little better than the average in terms of dietary quality had about 20% lower GHGE than the average diet while costing about the same amount as the average diet. These above-average diets were higher in plant-based foods, somewhat lower in animal proteins, and had only a moderate alcohol intake.

You don't have to go vegan or even vegetarian to have an impact on your carbon footprint: a more Mediterranean-style diet that's higher in vegetables, fruits, nuts, whole grains, legumes, and fish; lower in red meat and poultry and dairy; and moderate in alcohol intake appears to be both better for you and better for the planet.