What is "Umami?"
Umami is usually defined as the taste of foods that are pungent or aromatic, like mushrooms or cheese or roasted chicken. It is sometimes described as "savory," but it is much more complex.

Breastfeeding: Developing a Future Gourmet
Why do some of us like broccoli and others turn up our nose? The answer is complicated, but the more we study the issue, the more it seems likely that taste preferences may be influenced by what we ate as infants and even perhaps by what we tasted in utero.

Key Flavors, Mouthfeel, and Developing Recipes
When I am being interviewed for television or other media I am often asked about how I go about making recipes healthier. There are two basic goals. One is to reduce the number of calories (along with saturated fat and sodium). The other is to create a recipe that is a satisfying portion size. 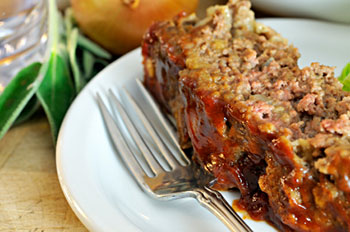 In the community classes we teach at the teaching kitchen we talk a lot about ways to reduce the amount of salt, calories, and fat in foods. Along with that we also talk about ways to enhance flavor in those foods: using lemon juice to enhance tartness, for example, or adding spices.

It's a tenet of most chefs I know that the amount of sodium in a dish could easily be reduced 10-15% without their customers noticing, and there is some forthcoming research on the subject coming out of our work at the teaching kitchen. There's also some research assessing whether reducing the number of calories in a meal affects how much people like the meal - assuming that they aren't aware that any changes have been made to the dish. Researchers at the University of Colorado recently noted that although teaching people to add spices to food in order to compensate for reducing fat or sodium is pretty common among dietitians, there doesn't appear to be any clinical evidence that people like the spiced foods as well as they do the original versions, especially in the case of reduced-fat versions of foods.

To fill this research gap, they designed a simple study to find out (Appetite 2014;79:183-188). Almost 150 adult volunteers from the university community participated in a once-weekly feeding session on three consecutive weeks. In random order, each participant tasted one of three variations on a lunch meal consisting of meatloaf, mixed vegetables (broccoli and cauliflower with butter), and pasta with a cream sauce. The three variations were a full-fat version (the control), a reduced-fat version of the meal, and that same reduced-fat version of the meal with the addition of spices such as garlic, onion powder, oregano, and chives. The amount of sodium remained the same for each variation of the meal.

For each of the three variations the participant rated the meal, first as a whole, then for each separate component, on a ten-point scale, from "dislike extremely" to "like extremely."

"Reduced fat" does not have to mean "reduced flavor" if you use care to flavor your meals in other ways and don't tell people that fat has been reduced. Since fat has more calories than protein or carbohydrates, reducing fat is a way to reduce the overall number of calories you consume - and this study shows that it can be done without a loss of flavor.