Start Your Kids Out Right
I've said over and over that breakfast is the most important meal of the day. It keeps your metabolism up, helps you avoid injudicious snacking, and keeps you satisfied until lunch so that you don't overeat. 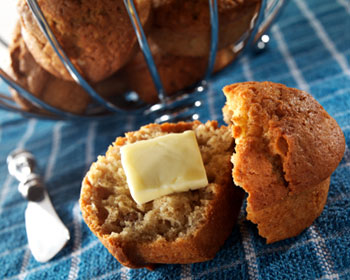 Skipping breakfast isn't good for adults and it's particularly important for kids: not only do kids who eat breakfast (as opposed to nothing) tend to have lower Body Mass Indices and healthier overall diets, they tend to avoid overweight or obesity later in life and have better cholesterol scores and waist to hip ratios (as well as healthier diets).

Childhood obesity is the focus of more and more research, and some very interesting research focuses on the question of why adolescents (kids between 11 and 20) skip breakfast. A very perceptive piece of research in the journal Appetite (2014;79:76-82) looks at the possible relationship between school bullying, cyberbullying, and breakfast eating. Was bullying of any kind likely to affect eating breakfast?

Researchers in Ontario, Canada made use of data collected in a survey of over 3,000 area school children, who were asked if they had been victims of at-school bullying or cyberbullying, along with questions about their usual diet and other health habits such as smoking and drinking.

Just over half of all children reported skipping breakfast about 3 times a week or more. Sadly, about 1 in 4 children reported being victims of school bullying. Just over 17% (a little less than 1 in 5) were victims of cyberbullying, and 10.5% were victims of both. After controlling for grade/age, gender, and other variables, the researchers found that kids who were bullied at school and in cyberspace were over 2 times as likely to skip breakfast at least twice a week as compared to kids who were not bullied. Cyberbullying alone had a similar effect, with frequent breakfast-skipping being more than 2 and a half times more likely than in those who weren't bullied, and at-school bullying just over doubling the likelihood of frequent breakfast-skipping.

This is a cross-sectional study (looking at a snapshot in time) rather than a longitudinal study (looking at changes over the course of a period of time), so it's impossible to conclude that bullying causes breakfast skipping (or vice versa, for that matter). What it does mean is that if your child is regularly skipping breakfast, it may be for more reasons than sleeping late - their lack of appetite may be an indication that something is not going well at school.