Exercise Ideas: Play Video Games!
Video games aren't just for kids! According to a recent report, 53 percent of American adults play video games, and one in five adults (21%) play every day or almost every day. While sedentary behavior is linked to chronic diseases and obesity, new, active video games systems may help you meet your weekly exercise recommendations.

Kids also eat more while watching TV
I wrote not long ago about how distractions such as music during a meal will contribute to adults eating more than they would without music on (News Bite, 11/07/06), and you've probably heard the estimates that children consume about 25% of their daily meals in front of the television. Recently, scientists at the University of Buffalo devised a pair of experiments to see if television viewing affected the amount children ate (Am J Clin Nutr 2007;85(2):355-61).

One way to resist cravings 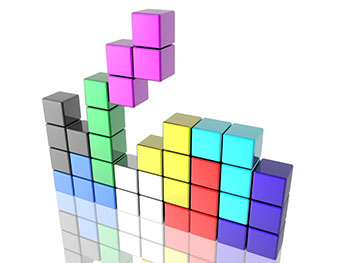 Most people have cravings of some kind, whether it be for an addictive substance like alcohol or cigarettes, or for something benign, like chocolate or french fries. Most find cravings to be mild and momentary, but sometimes cravings can be a real problem: people trying to lose weight can have cravings just as strong as those struggling with alcohol dependence. More than one patient has told me that giving in to a craving led them to "pig out" on their desired substance, and then in self-disgust quit their diet altogether.

Those who are experiencing a craving report not only visualizing the desired item, they say they can also smell or even taste the item. As you might expect, the more senses involved in the craving, the stronger the hold a craving can have and the more difficult it is to resist the craving.

Addiction and obesity researchers are of course very interested in finding tools to help people resist those cravings. One interesting tool comes straight out of the 80's: the computer game called Tetris.

Researchers in the United Kingdom noted that playing Tetris requires both visual and spatial processing in the brain - both components of processing cravings - and knew from prior research that it had been successfully used in blocking food cravings as well as unwanted recall of traumatic images (such as a car accident). Those previous studies had induced cravings in the test subjects as part of the study - would Tetris work as well on naturally-occurring cravings?

119 male and female university students participated in their study (Appetite 2014;76:161-165). As they entered the lab the students were asked if they were experiencing a craving, and the 80 that reported having a craving were asked to respond to a detailed questionnaire about the strength of the craving and its subject, which ranged from cigarettes to foods. Each student was then randomly assigned to playing Tetris for three minutes or watching a "game loading" screen, each on a 15-inch netbook. Those watching the "game loading" screen were the control group - they were told that a version of Tetris with "experimental features" would load, but in fact nothing ever loaded and no game was played.

Not unsurprisingly, those who were playing Tetris experienced a greater reduction in the strength of their craving - about 25% greater - than those who were simply waiting.

Another small but very interesting study. If you're working on your weight (or struggling with an addiction of any kind), try spending a few minutes playing a game like Tetris (or maybe Angry Birds or Bejeweled) before you consider giving in to your craving. Forcing your brain to use its visual and spatial processing for something other than your craving may help you overcome them.