Silly Fad Diets Finally Debunked
One of my favorite lectures that I get to give is about fad diets. Those of you who regularly read the Dr. Gourmet website know that I believe them to be just silly. Atkins, South Beach, The Zone, Perricone, it doesn't matter. Sadly, all of these have been conceived by doctors (3 M.D.s and 1 PhD). There are a lot of other kooky diets that have been created by people who don't have advanced degrees, so having gone to graduate school is not an absolute requirement for making up a diet.

Macronutrients vs. Overall Diet: Which is More Important?
It's an axiom among dietitians that "people eat food, not macronutrients." That's one of the reasons that I find fad diets to be so silly: so many of them demonize entire classes of foods ("all oils are bad," "avoid all carbohydrates," "don't eat animal products"). While there are those who may find these diets work for them, the vast majority of people can't live with those diets for the long term. 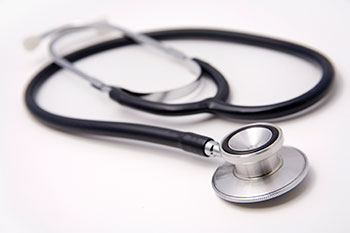 The great thing about America is freedom of speech. We all have opinions and are able to share them even if they have no basis in fact. P.J. D'Adamo does this in his book of quackery, Eat Right 4 Your Type. The book has sold over 7 million copies in over 60 languages and has appeared on the New York Times bestseller list. All of this without a shred of evidence about what has to be the silliest diet ever thought up. That is our constitution: make something up, publish it, make money if people buy it.

When an author says things like, "The characterizations and suggestions I will make about your 'blood type personality' are based on the pooled impressions made from empirical observations of thousands of people over many years," run the other way. This is not science.

The problem with so many fad diets is that authors work so hard to make them sound very plausible. Even the most educated people, with degrees in statistics and backgrounds in biology, read these books and think, "This makes sense." And so it is with D'Adamo's "Blood Type Diet." He argues that our ABO blood group is linked to the dietary habits of our ancestors and that following the dietary habits associated with our blood type will improve our health and reduce our risk of chronic diseases, including cardiovascular diseases and cancers. Briefly:

This is just stupid. Quackery at its finest.

Fortunately a team of researchers at the University of Toronto in Canada sought to remedy that oversight (PLOS One 2014;9(1):e84749). Making use of data gathered through the Toronto Nutrigenomics and Health Study, over 1,600 men and women in their twenties responded to a general health and lifestyle questionnaire as well as a detailed dietary questionnaire. Health information such as height, weight, blood pressure, glucose, and cholesterol scores were also recorded.

The scientists used Dr. D'Adamo's guidelines for each blood type diet to assign four different diet scores to each participant, based on how well their reported diet adhered to the four different blood type diets. They were then sorted into one of three levels of increasing adherence to each diet.

After comparing each participants' health scores with the blood type diet they most closely adhered to, the researchers found that:

You might be wondering why the people following the Type A diet had so much better scores than those following the other blood type diets. The Type A diet is based on a high intake of grains, fruit, and vegetables, with lower intake of meats, not unlike a Mediterranean diet. The rest of the diet plans in this book are OK and for most people healthier than what they normally eat, but D'Adamo's book is pseudoscience at its finest.