Exercise Really Is Key to Weight Loss and Maintenance
A couple of years ago I reported on a study that showed the importance of exercise in achieving and maintaining weight loss (News Bite, 11/03/06). At a minimum, the National Institute of Health and the Center for Disease Control recommend thirty minutes per day of exercise on most days of the week, or 150 minutes per week.

How to Keep the Weight Off 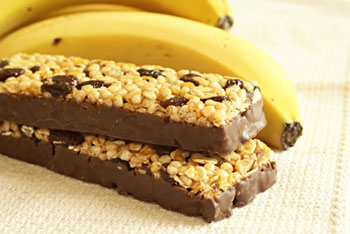 You probably know as well as I do that it's one thing to lose weight and something totally different to keep it off long term. While there's certainly plenty of research into the initial weight loss, there's not quite as much on the equally difficult question of weight maintenance. Fortunately this is beginning to change.

One study that's just been published in the journal Obesity (2014;22(1):5-13) looks at the outcomes from The Look AHEAD (Action for Health in Diabetes) study, a study lasting over 9 years and including over 5,000 overweight or obese men and women, all of whom had been diagnosed with type 2 diabetes. The participants were randomly assigned to one of two interventions. The first and control group received what is known in research as "usual care" (DSE, or Diabetes Standard Education): the same standard treatment they would normally receive for their diabetes. For the first 4 years of the study they attended three one-hour group meetings that discussed diet, exercise, and social support, but no specific recommendations were made. During years 5-8 the group sessions decreased to one per year.

The second, more intensive intervention (ILI, or Intensive Lifestyle Intervention) provided weekly group education sessions and 1 individual session per month for the first 6 months. They were prescribed a low-fat, 1200-1800-calorie diet which, for the first 5 months, included liquid shakes and meal replacement bars (provided for free) as substitution for 2 meals and 1 snack per day. For months 5-12 they were instructed to replace only 1 meal and 1 snack daily with the shakes and bars. They were also instructed to exercise at least 175 minutes per week (25 minutes a day, on average), increasing to over 200 minutes per week at month 6. After month 12 the program focused on maintaining the weight lost in the first year, with individual meetings once per month and a second monthly contact by phone or email. They were all encouraged to continue using the meal replacement bars or shakes, to continue exercising at least 200 minutes per week, and to weigh themselves at least weekly.

The researchers state that "Look AHEAD… has demonstrated that the extended provision of a weight loss maintenance intervention can facilitate clinically meaningful weight loss for up to 8 years - two to three times the duration examined in previous randomized trials." Long term weight loss studies are very expensive to perform and this study certainly lends weight to the idea that regular exercise, monitoring caloric intake, and frequent weighing are all strategies for weight maintenance. That said, I see this study as deeply flawed: note that the participants were provided meal replacement bars and shakes throughout the study. This is not real-world eating: what happens when the participants are no longer provided with those bars and shakes? Have they been effectively taught how to eat for long term health and weight maintenance? I'm doubtful.