Eat fish now. Eat fish later.
We know that fish high in omega-3 and omega-6 fatty acids are good for you, but recent studies have not consistently shown that eating these fish will help reduce the risk of specific cancers. Alicja Wolk and her colleagues at the National Institute of Environmental Medicine in Stockholm, Sweden, noted that those previous studies had not differentiated between consumption of fatty fish, lean fish, and other seafood (JAMA2006;296(11):1371-1376).

Obesity increases the risk for kidney failure
Being overweight has most commonly been associated with higher risk for hypertension and diabetes and the complications of those conditions. Researchers have considered one of the complications of high blood pressure and diabetes to be kidney failure, but in a recent research article Dr. Chi-yuan Hsu and his colleagues (Ann Int Med2006;144(1):21-28) report that increasing weight is in and of itself a risk factor for renal disease--independent of whether there is involvement of hypertension or diabetes.

Sugary Beverages and Your Health
I've been saying for years that folks should avoid drinking soda if only because of the extra calories. In the last few years a fair bit of research has been done on sugar-sweetened beverages and their contribution not only to weight gain but also conditions such as Metabolic Syndrome, gout, heart disease, high blood pressure and poor cholesterol scores. 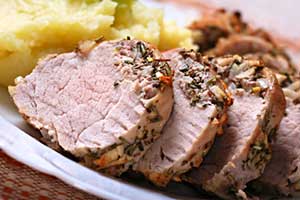 One of the reasons that it's so important to manage one's Type 2 Diabetes is because the complications of uncontrolled diabetes are so serious: they can range from cataracts to nerve damage (especially in the feet) to kidney disease (and more). At worst, just those three can mean blindness, limb amputations, and kidney failure or death.

Once a person is diagnosed with Type 2 Diabetes, we physicians watch kidney function carefully, ordering regular blood and urine tests to catch any problems as early as possible. For those with early signs of kidney disease, including protein in the urine, we have commonly told those people to follow a low-protein and low-sodium diet. The idea is to stress the kidneys as little as possible.

A new piece of research published in JAMA Internal Medicine (2013;173(18):1682-1692) challenges that received wisdom and other commonly-held beliefs about the best diet for those with Type 2 Diabetes. In a study funded by the National Institutes of Health, the researchers made use of data collected in the ONTARGET (Ongoing Telmisartran Alone and in Combination with Ramipril Global Endpoint Trial), a 5+ year study including over 25,000 people in 40 countries who were at high risk of kidney disease because of their Type 2 Diabetes or vascular disease. Of those participants, over 6,000 were included in this particular study because of the completeness of specific urinalysis data.

As part of the ONTARGET study the participants responded to a detailed dietary questionnaire, which allowed the investigators to assign an overall dietary score to each person. This allowed the researchers to compare the customary diets of those who developed kidney disease or died with those who did not.

After taking into account such variables as age, how long since their diagnosis of diabetes, sex, Body Mass Index, blood pressure, tobacco use, amount of exercise, and level of education, they found, as you might expect, that those in the top third of the dietary scores (that is, those with the best overall diet), were 39% less likely to die than those with the poorest dietary scores. Similarly, those who ate 3 or more servings of fruit and fruit juices, had a comparatively high intake of green leafy vegetables (as opposed to raw or cooked vegetables), and those who consumed a moderate amount of alcohol were also less likely to develop kidney disease.

Atkins diet adherents should not take this as "proof" that a high-protein diet is better for people in general, nor should this be taken to mean that carbohydrates are bad for you: studies of this type show only association and do not prove that x causes y. Further, this study was performed only on those who already had Type 2 Diabetes - people whose metabolism are already not working perfectly. If you do have Type 2 Diabetes and your doctor has told you to follow a very strict low-protein and low-sodium diet, you might show him or her this article, as it appears that a moderate amount of protein and sodium are not as much a cause for concern as we once thought. If you have Type 2 Diabetes, do not signficantly change your diet without discussing it with your doctor or dietitian. Any changes to your diet should be monitored closely.