Mediterranean Diet and Heart Disease
I've reported on dozens of studies that have focused on the health benefits of the Mediterranean Diet and heart disease, but the vast majority of them have focused on the benefits of specific components of the diet, such as olive oil (Bite, 01/19/07), cereal grains (Bite, 06/16/06) or fish (Bite, 01/22/06). A recent study published in Nutrition, Metabolism & Cardiovascular Diseases looks at the effects of the Mediterranean Diet as a whole and its effects on the rates of heart disease and stroke in middle-aged adults (2011;21(4):237-244).

Improve Your Diet, Live Longer - Even After a Heart Attack
Back in 2006 I reported on a study performed in Greece (Nutrition 2006;22:722-730), looking at all of the individuals in six local hospitals who had been diagnosed with a heart attack or unstable angina. The researchers correlated the patients' pre-hospitalization diets with their chance of having another coronary event in the thirty days immediately following their date of hospitalization.

The Mediterranean Diet and heart attack survival
We know that the Mediterranean Diet can help prevent cardiovascular disease, but what if you have an acute coronary event anyway? Dr. Panagiotakos and his team of researchers in Greece (Nutrition 2006;22(7-8):722-730) selected six major hospitals in Greece, and for a term of one year enrolled in their study almost all the patients in those hospitals who were diagnosed with acute coronary syndrome (meaning either a heart attack or unstable angina).

Eating Healthier After a Heart Attack 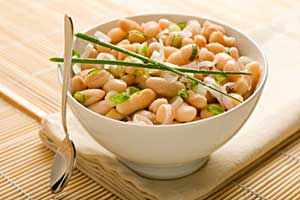 There is good research to show that once you've had a heart attack, you can reduce your risk of having another heart attack (or a stroke or other cardiovascular event) up to 35% by quitting smoking, exercising regularly, and improving your diet. While quitting smoking and exercising regularly is pretty straightforward, improving your diet, as you probably know, can be confusing. This may explain why less than half of those who have heart disease report following a healthy diet.

Part of the problem may also be that people are still told what not to eat, when eating healthy is just as much (or more) about what you should eat. Given that there's so much more great research now about what really constitutes a healthy diet, how much does improving your diet - by today's "healthy diet" standards - affect your risk of death or another cardiovascular event?

New research published in JAMA Internal Medicine (doi:10.1001/jamainternmed.2013.9768) this month makes use of information gathered through the Nurses' Health Study and the Health Professionals Follow-up Study, both large-scale groups of people who started responding to health, lifestyle, and dietary questionnaires every other year starting as early as 1976 and continuing through the present. For this particular research, the scientists limited their pool of participants to those men and women who had been diagnosed with a heart attack at some point in the course of the study.

The participants' diets, both before and after their heart attack, were evaluated according to a scale known as The Alternative Healthy Eating Index 2010 (AHEI2010), which is based on a comprehensive look at the studies of foods and nutrients that are most often associated with a lower risk of chronic diseases. As you might imagine, it bears a strong resemblance to a Mediterranean-style diet: vegetables, fruits, nuts and legumes, red meat and processed meats, whole grains, alcohol, and omega-3 fats and unsaturated fats. Two items that do not appear in the classic Mediterranean Diet Score are sugar-sweetened beverages and sodium intake.

The researchers could then compare the quality of each person's diet both before and after the study, looking at whether and how much their diet had changed. Finally, the diets of those who died of any cause were compared with those who were still alive at the chosen end date for this particular study.

Even if you have heart disease now or have already had a heart attack, it's never too late to improve your diet and live both healthier and longer. The Dr. Gourmet web site was created to tell you what you should eat - get started by finding out your Mediterranean Diet score using our quiz. You'll see how easy it is to make small changes to your diet that can have a big impact on your health.