Fast Food: Not Much Better (But at Least No Worse)
I know from talking to my patients that people eat a lot of fast food, but I hadn't realized that over 25% of adults in the United States eat fast food at least twice a week. Overall, fast food accounts for 15% of food consumed in the U.S. Even worse, children eat more fast food than they eat at school.

Not Much Better (But at Least No Worse) Redux: Processed Food Edition 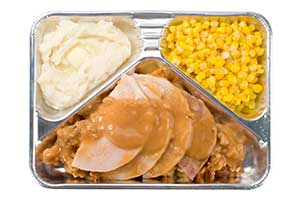 A couple of months ago I reported on a survey of the healthfulness of fast food restaurant foods. The study found that when compared to the US Government's recommendations for a healthy diet, overall the healthfulness of fast foods had increased by a mere 3% overall over the last fourteen years while still averaging less healthy than the average American's diet. An article published in JAMA Internal Medicine (2013;173(14):1285-1291) takes a similar approach, comparing levels of sodium in processed foods and fast foods between 2005, 2008, and 2011.

In 2005, staff members at the Center for Science in the Public Interest started recording the sodium content of common processed foods at three Washington, D.C.-area supermarkets (Whole Foods, GIANT Food Store, and Safeway) and a Walmart in Pennsylvania. They returned to the same stores in 2005 and again in 2011.

For their analysis the researchers looked specifically at those food types that are among the top 5 sources of sodium consumed in the United States: bread, cold cuts or processed meats, pizza, poultry, and soups. This yielded 159 products that were sold in all three years (2005, 2008, and 2011) and allowed the scientists to assess any changes in the sodium content for these foods.

They found that for processed foods overall, the average amount of sodium decreased 1% (one percent) between 2005 and 2008 and 2.5% between 2008 and 2011. Restaurant foods, on the other hand, increased their sodium levels by 1.6% between 2005 and 2008 and 1% between 2008 and 2011. The researchers note that "none of the aforementioned changes were greater than could be explained on the basis of chance variation" and concluded that these changes were not statistically significant, showing "a lack of any substantial... changes in sodium levels across the 6 years."

While sodium levels did not realistically change for the overall average, the researchers also noted that there were sometimes huge differences for specific foods: one brand of tomato paste, for example, had over 5 times the level of sodium as that in another brand of tomato paste. Further, 58.2% of processed foods and 58.7% of fast foods either increased their level of sodium or remained the same.

As long ago as 1969 there have been calls for the food industry to voluntarily decrease the amount of sodium in their foods. The researchers noted that at the rate of about 0.5% per year decrease indicated above, it would take a very long time indeed (over 1000 years) to reduce sodium intake from the current estimate of 3800 milligrams per day to 1500 milligrams per day (assuming, of course, that all people ate were fast food or processed foods).

It's unlikely that the U.S. Government will mandate reductions in sodium in processed and fast foods any time soon. To eat healthier, you must take your food choices into your control, starting with reading Nutrition Information labels and reducing your dependence on processed or fast food. Here's how to understand sodium information on food labels.