Sticking to a Gluten-Free Diet 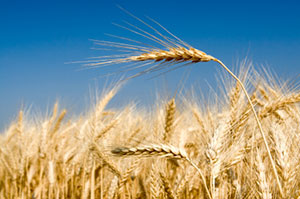 There's only one treatment for Celiac Disease: avoiding all wheat gluten. As a physician and a Celiac patient myself, however, I know that mistakes, whether intentional or not, can be common. Food labels are not as clear as we would like, restaurant dish descriptions are even less clear, and let's face it... I miss bread and other wheat-containing foods, too. Gluten-free breads and baked goods can be good, but they're hard to find and more expensive than their wheat-containing counterparts. Add to this the fact that quite a few Celiac patients have no immediate effects when they eat something containing gluten, and you can see why people might sometimes lapse in their adherence to a gluten-free diet.

Studies investigating whether people lapse are relatively common; what's lacking is a look at why people lapse. Researchers in the United Kingdom sent questionnaires to almost 300 adult men and women who had been diagnosed with Celiac Disease to assess their attitudes toward adherence to a gluten-free diet as well as whether they had intentionally or mistakenly consumed wheat gluten in the previous 6 months (Appetite 2013;68:56-62).

As a physician I found their results somewhat dismaying. In the UK, those with Celiac Disease are eligible to receive gluten-free food by prescription, and 86% of the respondents in this survey were indeed taking advantage of that opportunity. Even so, 40% of all respondents stated that in the previous 6 months they had intentionally consumed at least one item containing wheat gluten! Even more disturbing is that 70% of all respondents said that they experienced symptoms when they consumed wheat gluten. The foods they reported to have "cheated" with ranged from eating wheat-flour-containing cakes or cookies to occasional consumption of foods containing oats that were not certified as gluten-free.

Why would people take the risk? Responses to the questionnaire revealed that those who did not feel confident in their ability to stick to a gluten-free diet were more likely to intentionally slip. On the other hand, whether the respondent felt that following a gluten-free diet was difficult or not had no effect on their likelihood of slipping.

The researchers also asked what would make sticking to a gluten-free diet easier. The most common responses included better and more available gluten-free foods, "clearer and more universal product labeling," and improved labeling and descriptions in restaurant foods.

Our Health & Nutrition Bites are designed to tell you, our readers, how to apply current research to your life. There's no real action plan for this Bite, however: if you have Celiac Disease, you know what you need to do. This will help those with Celiac as well as those caring for them to understand why slips happen, whether intentional or unintentional, so they can be avoided in the future.