The First Step to Success: Committing to More than Yourself
A lack of motivation to exercise regularly is the number one reason why most of us begin an exercise program that simply does not last. With efficient 10-30 minute workout routines, most of us can honestly find the time to exercise. However, many of us have difficulty sticking with this small commitment because of a lack of motivation, which must come from both environmental and internal factors.

How to Eat Healthy: What is Your Motivation?
Looking at the most successful titles in the Diet and Nutrition section of the bookstore, the main reason that folks want to change how they eat is to lose weight. O.K., that's alright, but for most people that means they want to lose a lot of pounds really fast. The concern is that this has been shown time and again to not be effective because you'll gain it all back, plus some. 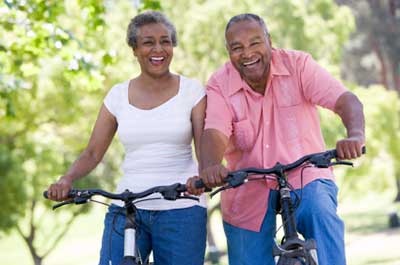 It's true that overweight and obesity is a public health issue. That doesn't just mean that it's a widespread problem (although it is). That means that the long-term effects of overweight and obesity can have an enormous impact on our society as a whole, from the cost of treating obesity-related diseases like obesity, high blood pressure, and heart disease, to the difficulty of finding people strong enough and with enough physical stamina to effectively participate in our country's armed forces.

And because it's a public health issue, there's a lot of discussion of ways for society as a whole to affect the issue - from taxes on soft drinks to tax breaks for those seeking to build grocery stores in underserved areas. Those might be considered indirect financial motivations for eating healthier or losing weight.

Then there are more direct financial motivations. Even if you don't watch it, you've probably heard about the television show, "The Biggest Loser." In it, obese participants compete to lose the most weight over the course of the show's season, with the person losing the most weight gaining USD $250,000. Researchers at the Children's Hospital of Philadelphia wondered if direct financial motivation in the form of cash to the individual might not help people commit to and achieve weight loss (Ann Int Med 2013;158(7):505-514).

They recruited over 100 clinically obese men and women, all employees of the hospital, to participate in a weight-loss study. The participants were each tasked with a weight loss goal of 10.8 kilograms over the 24 weeks of the study - or about 1 pound per week. They were then assigned randomly to one of three groups.

The first group received no financial incentives for losing weight, but attended monthly weigh-ins and were notified via email or text message whether they had met their monthly goal, along with the total amount of weight they had lost.

The second group also attended weigh-ins but were paid $20 for each weigh-in, $50 for the 24-week weigh-in, and $50 for a weigh-in at 36 weeks. Further, each time they met or exceeded their monthly weight loss goal, they would be paid $100.

The researchers were curious to see if direct financial compensation would affect weight loss, and further, if competition would increase the effects.

In the long run this sort of direct compensation for weight loss is bound to be cheaper than the costs of diabetes care, stroke treatment, high blood pressure medications, etc., and employers should be encouraged to institute these kinds of programs. If your place of employment offers positive incentives for weight loss or improving health markers like blood pressure, and those are things you want to work on, try taking advantage of them as additional motivation.