Mediterranean Diet Helps Prevent Central Fat Distribution
In last week's Dr. Tim Says.... column I wrote about the effects of a Mediterranean-style diet on central adiposity - otherwise known as "belly fat." I recently ran across a study conducted in Spain that compares three different diets head-to-head on their effects on the distribution of belly fat, so I thought I'd share it with you (Diabetes Care 2007(30): 1717-1723).

The Evidence for Weight Loss Supplements 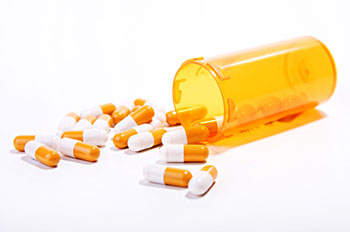 With the number of overweight and obese adults in the United States estimated to be over 2/3 of the total adult population, it's no surprise that in 2010 US consumers spent an estimated $2.4 billion on weight loss supplements and meal replacements. And it's not all that unusual to be using them, either: in 2008 about 1 in 3 overweight or obese people admitted to at least trying them.

I can understand the appeal: it would certainly be easier for me, as a doctor, to hand people a safe, effective pill that would fix their weight problem. Instead of talking about calories in versus calories out, explaining the Mediterranean diet and portion control, encouraging people to exercise and cheering them on when they make progress, I could just give them a pill! I could (almost) shut down Dr. Gourmet completely!

Recently a faculty member at the University of Oregon's Department of Nutrition and Exercise Sciences was kind enough to publish a very thorough review of the state of the evidence for the most popular ingredients in weight loss supplements (Int J Sport Nutr Exer Met 2012; 22:139-154). She breaks down the various ingredients into four categories based on what they are purported to do in order to effect weight loss. I'll summarize the findings for the most common supplements below.

Existing studies that test chitosan alone don't result in clinically significant weight loss: less than 2 pounds for studies that lasted an average of 8 weeks. Most existing studies don't last long or have few participants. However, one study suggests that it may help prevent weight gain.

Ephedra (generic term for plants that contain ephedrine or similar compounds)
Ephedra appears to be effective when it is combined with caffeine, but the additional weight lost due to using the supplement is less than 2 pounds per month. Further, it's known to cause serious side effects such as stroke and at least three people have died from using it, which is why the FDA banned the substance in 2005.

Green Tea Extracts
Studies of the extracts, known as catechins, have been shown to increase fat oxidation, but it's not clear that this actually results in significant weight loss. These extracts, however, have been linked to liver damage. (Drinking green tea - not the extract - is known to be safe.) Studies suggested that green tea may help you lose weight or help maintain weight loss, but because green tea also contains caffeine, those who had a high tolerance for caffeine saw smaller results. Further, the effect was stronger in Asians than in Whites. The author concludes that while further research is definitely worth doing, we don't yet know the best dose, when people should take it, or who is going to benefit from it.

Chromium Picolinate
Well-designed trials using a carefully controlled diet have shown no effect on weight or on body fat or lean body mass.

Soluble Fiber
We know that a diet high in fiber is associated with lower body weight, but the actual weight loss specifically linked to fiber intake is small - less than 4 pounds.

Hoodia Gordonii
The truth is that there are no published clinical trials in humans. As my wife is fond of saying, "The plural of anecdote is not data." In other words, personal statements or testimonials do not constitute scientific proof or even proof of the products' safety.

The take-home message here is that the research just isn't there to suggest that you should spend your money on weight loss supplements. The review's author notes that "There are no standards or laws regulating supplement manufacturers, so illegal substances such as ephedra or other drugs only intended for prescription use can be added to supplements without consumers' knowledge." Why risk it?

Instead, use what we know will work: eat great food, practice portion control, and get some exercise. In the long term you'll be healthier, happier and safer.