Morning Exercise and Breakfast
Some of my more exercise-dedicated patients like to hit the gym or go for a run in the morning, before work, but quite a few of them don't eat beforehand. "I don't have time," they say. Many of them will have some kind of breakfast after they get to work: the more health-conscious might have some microwave oatmeal or a breakfast bar, while others throw themselves into their day and don't eat anything significant until lunch.

Fruits, Vegetables and Your Brain 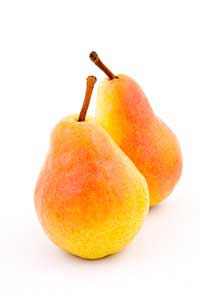 Researchers in The Netherlands decided to look at the amounts of fruits and vegetables in one's diet and whether that would impact cognitive decline (Brit J Nutr 2011;5(106):752-761). They made use of information gathered in a long-term, large scale dietary study of over 7700 men and women who were between the ages of 20 and 59 at the start of the study, which began in 1987 and lasted through the present day.

In 1995, the study designers introduced cognitive testing for a random sample of those participants who were 45 or older. The first set of four standard cognitive tests was performed in between the years of 1995 and 2002, then 5 years later the same tests were performed again to a total of 2,613 men and women. On both occasions the participants responded to a food frequency questionnaire which asked them to report on their consumption of 178 different foods over the past year.

The researchers focused their attention on four specific food groups: fruits, vegetabes, legumes and juices, with subdivisions of each group (for example: "fruit" included both fruits and nuts, while "vegetables" was subdivided into leafy, fruiting, root vegetables, etc.). The amounts of each group that the participants ate was grouped into five categories of intake, from least to most, and then compared with that subject's scores in the cognitive tests. Finally the researchers compared the earlier cognitive scores with the later ones and correlated those with the individual's food intakes.

Other groups and subgroups (specifically nuts, root vegetables and cabbage) had similar long-term effects, in the sense that higher consumption meant less decline.

This study focused on those who did not already have dementia or other cognitive problems and compared information gathered over the long term. While we can't say that eating more fruits and vegetables will definitely help you avoid the loss of your mental faculties or slow down the progression of dementia, this does give you yet another reason to eat more fruits and vegetables (as if you really needed any). Pick your favorites, eat them and enjoy them!