Do family meals affect family weight?
In the past thirty years or so we've seen fewer families eating dinner together regularly, and this has coincided with the increase in individual's waistlines. Plenty of studies have looked at the relationship between family meals and weight in children, but few have looked at the family unit as a whole or at the weight of the various family members - not just children.

Does Monosodium Glutamate (MSG) Make You Fat?
A couple of years ago I responded to an Ask Dr. Gourmet question about MSG and obesity. This was referring to a study done by researchers in North Carolina who looked at 752 middle-aged Chinese persons, of whom 82% used MSG regularly. They did indeed see a relationship between using MSG and being overweight. Other research has been done on animals, yielding similar results.

Tea and Digestive System Cancers
The flavonoids found in grapes, tea, red wine, cocoa, and coffee have been linked to all sorts of positive health effects, from helping protect cognitive function to helping toprotect you from diabetes. 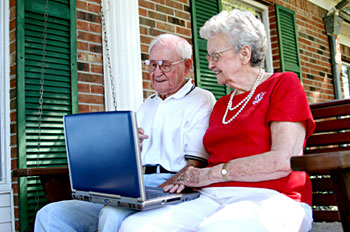 The obesity epidemic is not limited to Western countries; China's growing economic development has had its impact on that country's waistline, as well. Just as in Western countries, children who are overweight or obese in China are likely to become overweight or obese adults, with all the attendant health risks. I've written a great deal recently about the impact of a child's parents and family on the child's weight, but most of those studies are done from a Western cultural context.

Since the 1980's China has had a "family planning policy" that limits families to one child: over 90% of children in urban areas who are under 6 years of age are only children. In China it is customary for multiple generations to live together and for grandparents to share daily parenting responsibilities. The challenge of childhood obesity is therefore a bit different than in Western cultures (Appetite 2007;48(3):377-383), as grandparents' attitudes toward food and their beliefs regarding the proper feeding of children is added to that of the child's parents.

Researchers in Beijing, China interviewed the parents and grandparents in twenty-three families from various economic and educational levels regarding the proper care and feeding of the single child in the household. The children were all between 3 and 6 years of age and almost 60% of the children were obese.

On the other hand, food plays many roles in the Chinese family that will be familiar to Westerners. Grandparents and parents often had different ideas about child nutrition, with grandparents declaring that since they had raised children already, they clearly knew how to feed children. Food was often used as a tool to control children's behavior, including offering food rewards or treats and promising (or withdrawing) trips to McDonald's based on the child's behavior. Food was also used as a way to express love or caring - grandparents loved to give their grandchildren sweets and snacks.

While it might be unusual in Western cultures for grandparents to be the primary caregivers in a three-generation family, grandparents can still play a major role in a child's diet. When I say that healthy eating is a family affair, that includes grandparents and all those who feed the child. Get grandparents involved in your family's healthy lifestyle and not only will you have healthier children, you're likely to have healthier grandparents, as well.