Omega-3 fatty acids and your bones
Recently researchers in Sweden published a study (Am J Clin Nutr 2007;85:803-7) in which they recruited 73 healthy young men to participate in a long-term study of bone mineral density and blood levels of omega-3 fatty acids.

Fish vs. Fish Oil Capsules
We know that eating fish that are high in omega-3 and omega-6 fatty acids can have a profound effect on your health, from bones to brain to heart. A couple of years ago I reported on several studies (News Bites, 5/3/06, 10/24/06, 11/17/06) comparing the effects of eating fish high in omega-3 fatty acids with the effects of those oils in capsule form. 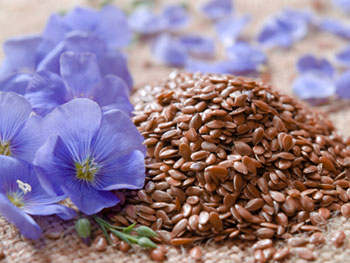 What you may not be aware of is that the types of fats you eat may also have an effect on your bones. Studies in animals shave shown that a diet high in saturated fats may actually reduce bone density. Omega-3 fatty acids, on the other hand, seem to promote bone formation, but study results have varied. Researchers at Pennsylvania State University recently published an encouraging study on the effects of omega-3 fatty acids derived from plants (walnuts and flaxseed, specifically) on the blood markers of bone formation (Nutrition Journal).

Their findings were part of a larger study on the effects of omega-3 fatty acids on the risk factors for heart disease. The 23 participants in the study were all overweight or obese and had moderately high cholesterol. The subjects were randomly assigned to one of three groups, then in what is known as a crossover study, each group followed one of three diets for six weeks. There followed a three-week period where the participants ate their regular diet, then for another six weeks each group followed a second study diet. This pattern repeated once more so that all three groups followed all three diets in random order.

The three study diets were as follows: an "average American" diet, which contained higher levels of saturated fats than the other two diets, and two diets which were lower in saturated fats as well as having varying ratios of omega-3 to omega-6 fatty acids. All three diets were otherwise fairly balanced nutritionally and were designed to maintain each participant's body weight. Before and after each six-week study diet period the participants' blood was tested for markers of bone formation and bone turnover.

The scientists found that there was less bone turnover with the diets higher in polyunsaturated fatty acids, although the difference between the two diets with different ratios of omega-3 to omega-6 fatty acids was small.