Sugary Soft Drinks Linked to Adolescent Overweight
A study in Germany looked at the types of beverages that children between the ages of 9 and 18 consumed and correlated that amount with the change in their Body Mass Index between the two ages (Brit J Nutr 2008; 99:1370-1379).

Magazine articles on weight loss and their impact on teens
Studies of adolescent behavior indicate that about 10% of all high school students are trying to lose (or at least maintain) weight by using diet pills, powders or liquids. About 9% of boys and 14% of girls have fasted for 24 hours or more, and 12% of girls use risky weight-loss methods such as vomiting or taking diuretics or laxatives to lose weight.

Soft Drinks in Schools - Who Benefits?
A study published in the American Journal of Preventive Medicine (2007;33 (4S): 209- S225) looks at the prevalence of sugared soft drinks in middle schools and high schools and reports on the just how much revenue soft drink sales generate for those schools. With adolescent overweight a current (and future) concern, you have to wonder if the revenues generated by soft drink sales are worth the long-term health costs. 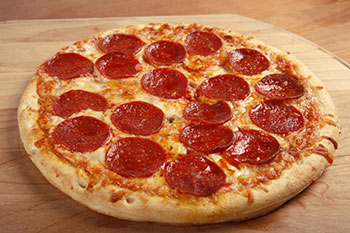 It's clear that what's known as a "Western" diet, comprised of high-fat foods, refined grains, and lots of sugar, is one of the primary causes of the rise in obesity levels throughout the Western world. Most studies of dietary patterns, however, are focused on adults and their diets while in adulthood.

A multi-university partnership of researchers decided to investigate dietary patterns of adolescents (J Nutr 2007;137(2):399-406). In 1987 2,371 girls (and their parents) were recruited to participate in this ten-year study. About 49% of the participants were white, and 51% were black; all were nine or ten years old at the start of the study. The scientists collected the following information from the participants and their parents on a yearly basis: height, weight, Body Mass Index, body fat percentage, and waist circumference. The girls were also asked, on a yearly basis, to record everything they ate for three days.

Using those food records, the scientists were able to identify groups of individuals who followed similar diet patterns. Then they correlated those patterns with the subjects' weight as related to the weight standards for children of their age and height.

Over half of black girls followed what the scientists labeled a "Customary" pattern: a low intake of vegetables, unfried fish or poultry, red meat, or plain grains. Three other patters were identified, including a "Snack-type foods" pattern, a "Meal-type foods" pattern, and a "Sweets and cheese" pattern.

About 45% of white girls followed what the scientists called a "Convenience" pattern: high intakes of pizza, fried fish and poultry, ramen, and low intakes of vegetables or fruits. Other identified patterns were "Sweets and snack-type foods", "Fast food", and "Healthy", which included a low intake of sweetened drinks, fried foods, or fast foods, and a higher intake of plain breads and grains, vegetables, and legumes. (It's important to note that the term "Healthy" here means "healthy compared to the other patterns" and not what I or other doctors would characterize as a healthy diet.) Somewhat unsurprisingly, the Healthy pattern was followed by only 12% of white girls.

At the close of the study, the average Body Mass Index, percent of body fat, and waist circumference were about the same for all black girls regardless of the diet pattern they followed, although those following the Sweets and cheese pattern tended to have the highest waist circumference and body fat. Those white girls following the Healthy pattern had significantly smaller average waist sizes and lower overall body fat than those white girls following the Sweets and snack-type foods pattern or the Fast food pattern.

We know that poor dietary habits in childhood and adolescence lead to overweight and obesity in adulthood; this study just confirms that. Start your kids early with healthy eating habits and they'll be healthier their whole lives long.