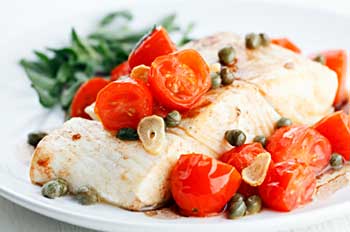 We know that fish high in omega-3 and omega-6 fatty acids are good for you, but recent studies have not consistently shown that eating these fish will help reduce the risk of specific cancers. Alicja Wolk and her colleagues at the National Institute of Environmental Medicine in Stockholm, Sweden, noted that those previous studies had not differentiated between consumption of fatty fish, lean fish, and other seafood (JAMA 2006;296(11):1371-1376). They chose to analyze the impact of fatty vs. lean fish consumption on Renal Cell Carcinoma, a cancer of the kidney that is believed to be significantly impacted by diet and environmental factors.

The researchers made use of the Swedish Mammography Cohort, a prospective study that between 1987 and 1990 enrolled all women who were between the ages of 39 and 73 and resided in one of two counties in central Sweden. At the initiation of the study, 66,651 women returned a questionnaire regarding their diet, alcoholic intake, height, weight, and education. Ten years later, in 1997, the same women were recontacted and asked to update the previous information as well as supply new information about their lifestyle, including information about cigarette smoking, history of diabetes or hypertension, and other factors. Of those women who were recontacted, 39,227 women responded to the second questionnaire.

In both questionnaires, the participants were asked to report how often, on average, by day, week, or month, they consumed either fatty fish, lean fish, or other types of seafood. The questionnaire defined fatty fish to include salmon, herring, sardines, and mackerel; the lean fish to include cod, tuna, and freshwater fish; and other seafood was defined as including shrimp, lobster, and crawfish.

The researchers correlated each participant's questionnaires with the Swedish national cancer registries to track diagnoses of Renal Cell Carcinoma. They found that for those women who consumed at least one or more servings per week of fatty fish, their risk of RCC was reduced by 44%. Lean fish or other fish, it appeared, had no effect on a woman's risk.

For those women who reported consuming just 1 to 3 servings of fatty fish per month, both in the earlier questionnaire (between 1987 and 1990) AND in the later questionnaire (in 1997), their risk of Renal Cell Carcinoma was reduced by a stunning 74%.

Here's another small change in your diet that can make a big difference: eating fatty fish just once a month or more for the long term can significantly reduce your risk of the most common type of kidney cancer. And with salmon and other fatty fish so delicious, what's not to love?