Recently I bought four peaches. When I cut into each one the pit had come apart and the nut inside was loose. I have always heard that the inside nut is poisonous so I threw the peaches away. Is my premise correct or could we have eaten the peaches? 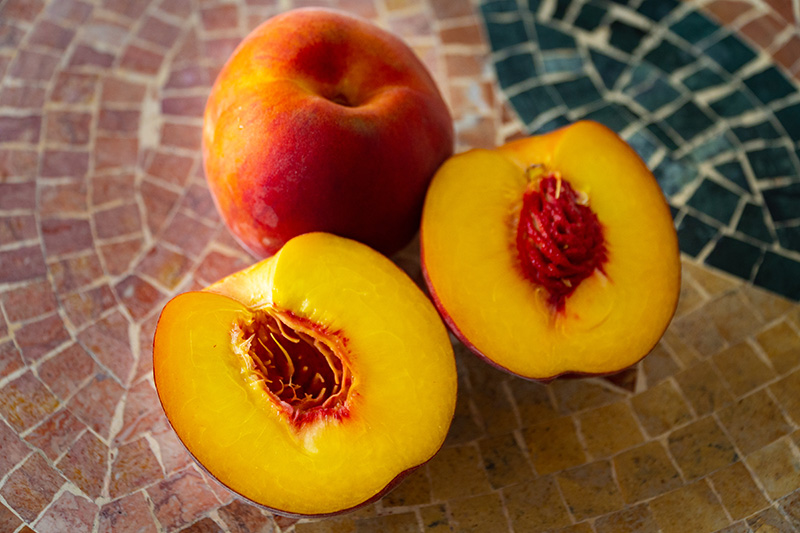 Technically speaking, peach pits do contain cyanide, but it's in a form known as amygdalin. Amygdalin can be broken down by enzymes in the intestine to produce cyanide.

According to the National Institute of Health website, "The edible portions of dietary plant species commonly used in the United States contain relatively low levels of cyanogen glycosides, although some pits and seeds of common fruits, apple, apricot, peach, contain significantly higher concentrations."

One hundred grams of moist peach seed contains 88 mg of cyanide. That's a fair amount, and if you ate 100 grams of peach seed it could be dangerous. The actual pit from a peach my wife just ate weighs only 10 grams, however. So even if you ate the whole pit (yuck) you'd only get about 9 milligrams of cyanide in the form of amygdalin and overall this is much less poisonous.

Amygdalin is the ingredient in laetrile which has been touted as an anti-cancer drug. As much as 500 mg three times a day has been administered without problem (or success, for that matter, as laetrile has pretty much been shown to be worthless).

So, since you would not ordinarily eat the pit or seed, even if the pit has become separated within the peach, your peaches are safe to eat.