What do you think of Walmart's plan to reduce sodium in their foods?

Regarding Walmart's recent announcement that they are going to reduce sodium in their foods:

It's not surprising that Walmart recognizes the huge group of aging baby boomers by taking a major step in making foods healthier. In my area (rural northeastern Washington, between Spokane and Canada) Walmart is a MAJOR grocery supplier, and therefore a big influence on people's diets.

One major concern I have over foods labeled as low sodium: One of my husband's meds has a warning about not using salt substitutes. I've never bought one, but recently noticed that a lower-sodium prepared soup has potassium chloride in it. I've had to start re-reading labels all over again. I'm concerned that this may be the strategy as Walmart reformulates their house brands. Walmart also plans to add pressure to their suppliers, so the issue could mushroom. 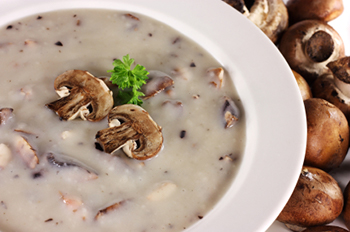 I agree with you that Walmart's involvement in creating healthier products and bringing them to market could have a powerful effect on the health of America. There's clear evidence that when people are given the choice of a "healthy" meal vs. a "traditional" one, they will most often say that the healthy version tastes better. That is, when they don't know which is which. By having Walmart create an environment of better foods we could see a major shift in food production (both manufacturers and in the home).

In blind taste tests the healthy version wins out. We know also, however, that when something is labelled "healthy" people don't believe that it tastes as good (even when they have said that it is the better choice in blind tasting). It has been my contention with many of my colleagues that the best strategy would be for food manufacturers to create healthier products and continue to label them as they always have.

This can be a challenge when one is looking for healthy products now and possibly when products are reformulated. My best advice? Don't purchase processed food. Make your own soup. It's so much tastier and so much better for you and can be just as inexpensive.

That said, people do use convenience meals. That's why we review them on the Dr. Gourmet web site. The key to choosing processed food is to ignore the hype on the front of the package, turn it over and look at the ingredients. If there are things there that you don't recognize, put it back on the shelf. If the ingredient list seems familiar, then look at the Nutrition Facts box.

This is what you've been doing and it's a great strategy.

You can find more answers on salt and salt substitutes at these links:

Which Salt Substitutes are Best?