Will rice bran oil really reduce cholesterol, and is it good for you?

I read in the Bottom Line Health newsletter that one can lower their BP and cholesterol level by using 20% sesame oil and 80% rice bran oil. When I checked out rice bran oil, I found it is high in omega 6 fatty acids and has no omega 3 fatty acids. Would it be safe to consume it if one mixed it half and half with olive oil? I would only drizzle it on salads. 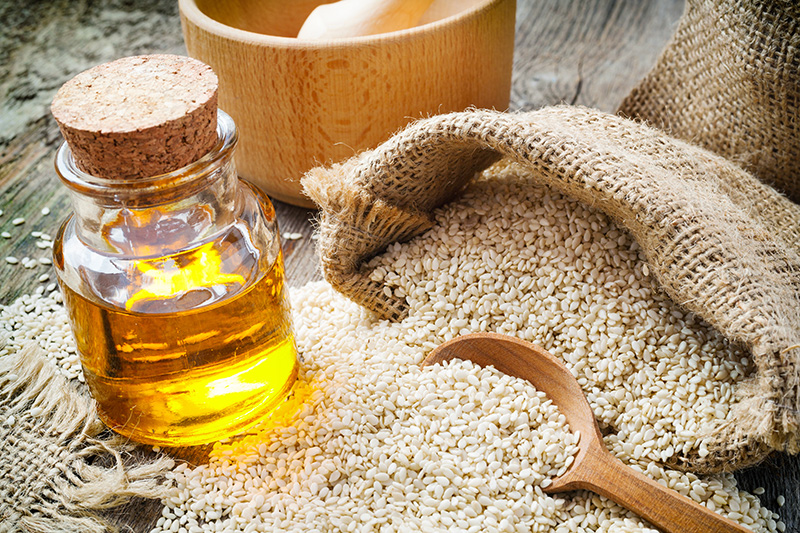 The study that is referenced in the article you read can be found on The American Journal of Medicine website for free: "A Blend of Sesame and Rice Bran Oils Lowers Hyperglycemia and Improves the Lipids."

It is an interesting and well designed study with enough participants to be statistically significant. The authors compared a sesame and rice bran oil blend in those with and without diabetes, and in the diabetics they compared use of a common oral hypoglycemic (glyburide) combined with the oil blend vs. the glyburide alone.

There are a few caveats with their use of these oils. The first is that they used a blend that started with 20% unrefined sesame oil. This is not all that common in the U.S. , but it can be found (or ordered). The other 80% was a refined rice bran oil (easier to find).

There is evidence for both oils helping to improve health parameters in diabetics, especially in animal models (see the discussion section of their paper). These effects go beyond simply whether an oil is high in Omega-3 or Omega-6 fatty acids and takes into account a number of other fatty acids that might be contained in the oils. For instance, they offer the example of the hyperglycemic effect of gamma-oryzanol decreasing cholesterol absorption in the intestine as a potential effect of the rice bran oil.

The interesting next step for this research might be the best way to answer your question directly. What effect would a blend of unrefined olive oil combined with either sesame oil or rice bran oil have on the same measures: blood pressure, cholesterol, and blood sugar? Until that study is performed you don't have definitive evidence of the effect that use of the blend of 50% olive oil and 50% rice bran oil will have.

That said, your blend of rice bran oil and olive oil would likely be a healthy choice based on other research into both oils. There are a few caveats to keep in mind:

1. Rice bran oil has a harsh taste, in my opinion, and needs to be blended with other oils to not overpower the dish you are cooking.

2. Unrefined oils, including the sesame and extra virgin olive oil, will have a lower smoke point, so you want to be careful with cooking at high temperatures with these oils.

3. Sesame oil has a very distinctive flavor that I use often in my Asian dishes. A little goes a long way.

4. All oils contain calories, no matter how good they are for you. Each teaspoon has around 50 calories (that's a very rough rule of thumb) and should be used with care.

In the study the participants were told to use 35 to 40 milliliters of oil per day. That works out to about 7 or 8 teaspoons or 350 to 400 calories. This can be a good choice if those are the primary sources of fat in your diet, but to simply add an extra 400 calories to your diet might not be a good idea.