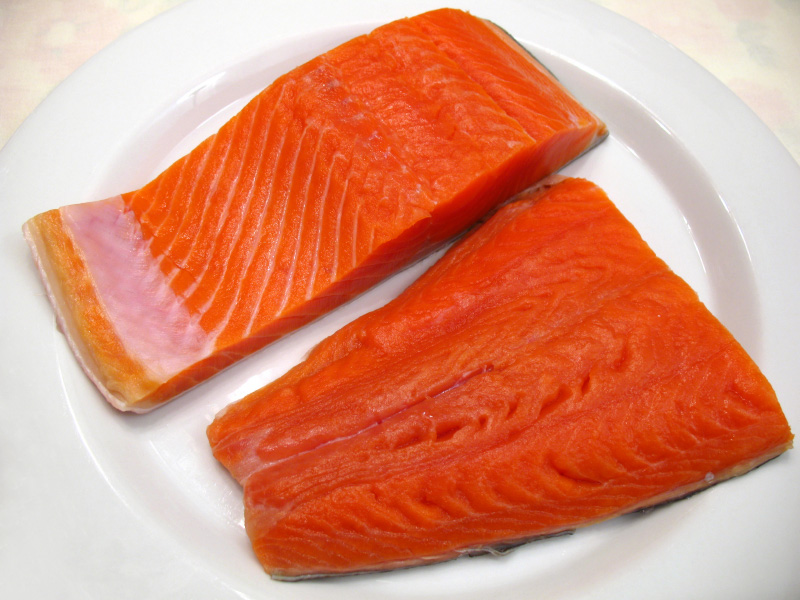 This question didn't come via [email protected] but was asked recently during a conversation that I was having with one of my patients about a Mediterranean-style diet.

She was asking about the number of seafood meals. Her concern wasn't how much fish she would be eating (and those of you who often read these columns know that eating seafood is really good for you) - she was concerned about storing fish and shellfish, telling me that since she limits her trips to the grocery store, she has to buy fish a day or two before cooking it. How could she store it so that it stayed fresh?

Storing fish is something that I know a lot about, because when I first moved to Northern Virginia in 1994 I lived far enough outside of Washington, D.C. that good quality fish wasn't available in my small town. This isn't as much of an issue as it used to be, but at the time I would drive an hour each way twice a week to shop for quality meats and fish.

The first step to storing fish is to buy the freshest fish possible. If you are in a large city, make friends with a fish monger or at a specialty grocery like Whole Foods. Ask them when the fish came in to the store and where it came from. Build a relationship so that you know you can trust them. If the fish has already been filleted, look for a clear, shiny flesh. Fish that is older will begin to take on a dull look, and fish that has been frozen will start to separate along the striations of the meat (you can see that in the bottom filet in the picture above). It takes some practice and you have to look carefully at a lot of fish, but think of fresh fish as being like clear water and less fresh as being like dishwater with a slight milky color. If the seafood smells too fishy, it is likely older., as well. Fresh seafood will have a light, fresh ocean scent.

Once you have your fish home, it's key to 1) keep it very cold, and 2) keep it moist - but not overly so. I choose the coldest part of the refrigerator and keep my fish in plastic containers that I only use for seafood. I place a round steamer basket (the kind that folds up) in the bottom of the container, place ice in the strainer, then place the fish on top of the ice. The melting ice will drip into the bottom of the container, away from the fish.

If you aren't going to use the fish pretty quickly, place a sheet of plastic wrap over the ice to protect the fish. Because the flesh of most fish will absorb a lot of water, putting ice directly on top of the fish can harm your seafood, making it mushy.

Don't be afraid of frozen fish. While it's not "perfect," frozen fish is pretty darn good. Seafood is often flash frozen onboard the ship, or at the very least kept on ice and then frozen right after being trimmed. Much of the fish, even at specialty groceries, has been frozen anyway, and most stores will state on the fish counter's labels whether the fish has been previously frozen.

For instance, the vast majority of shrimp sold in the United States has been flash frozen shortly after being caught. When I lived in New Orleans we were fortunate to have fresh shrimp from the Gulf readily available, and if you live in a coastal city, you may be lucky enough to have access to local shrimp or fish that are never frozen, as well.

For the most part you can keep fish fresh and great tasting very easily and safely by keeping it ice cold and moist (but not wet) for about 48 hours or so after you purchase it. This may mean making a second, smaller trip to the grocery store in the middle of the week, however.

As I have said before, eating great food and eating healthy is about planning and this is one of the best examples of that. It's easy and oh, so worth it.